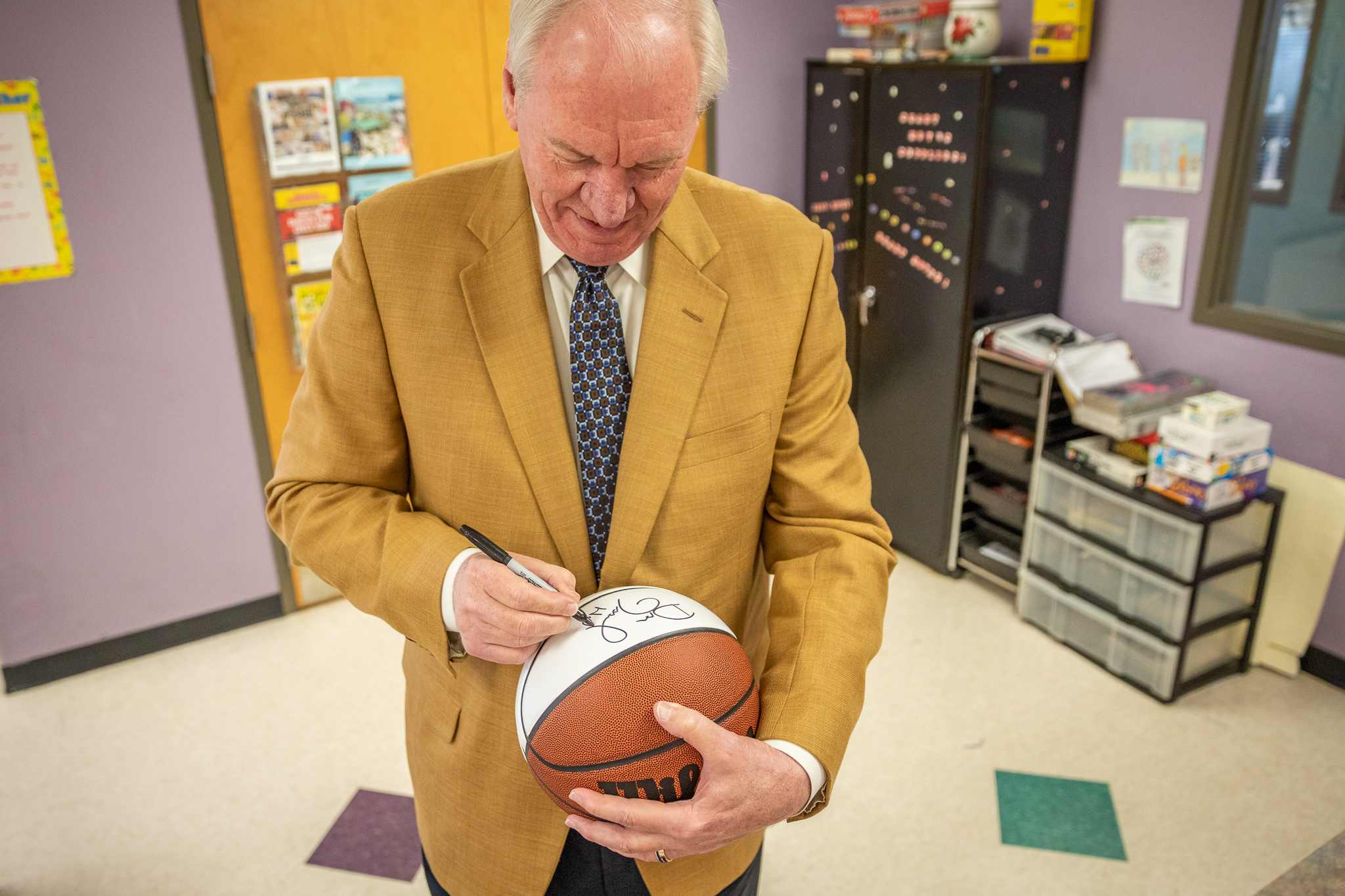 Issel, still UK’s all-time leading scorer, played under coach Adolph Rupp between 1966-1970, scoring 2,138 points while at UK. He was named an All-American twice during his collegiate career.

After graduation, Issel was drafted by the Kentucky Colonels of the American Basketball Association (ABA), before its 1976 merger with the NBA. Issel earned a number of awards, including ABA Rookie of the Year (1971), six-time ABA All Star, and ABA All-Star Game MVP (1972) during his professional career. The Kentucky Colonels with Issel won the ABA Championship in 1975, then in 1976 Issel was traded to the NBA’s Denver Nuggets. He remained with the Nuggets until retiring in 1985, and is currently ranked 5th on the ABA/NBA all-time combined scoring list.

“I was one of the few people who was there when he won the ABA Championship,” Roy Pickerill said. Pickerill serves as the Sports Information Director Emeritus at Kentucky Wesleyan College and, even after years of watching well-played basketball, couldn’t wait to shake Issel’s hand and share the experience of watching Issel play. “The Colonels are still my favorite professional team,” said Pickerill.

Standing at six-foot-nine, Issel towered over those came to hear him speak about his career, his memories and, even more, his plans for the future. Issel is one of many interested in an NBA team located in Louisville. Since the merger in 1976, Louisville has been without an NBA team as the Kentucky Colonels weren’t included.

“One of the few things that’s missing in Louisville is a professional sports team,” he said. “The effort to bring the NBA to Louisville is going really well. We have everything in place. It’s been a real grass-roots effort.”

As of now, the NBA hasn’t been specific about the newest NBA team addition, but “Louisville is mentioned very high on the list,” Issel said.

Issel is working to make sure Louisville is ready. He mentioned that everyone, including Louisville’s mayor, is on board.

Future projects aside, Issel reflected on his past as he talked about breaking records, teammates and most-remembered moments. Issel said he’s still a UK fan, and he doesn’t bother with low expectations.

“The expectations at UK are always to win,” he said matter-of-factly. “Anything less is a disappointment.”

Issel, a long-time supporter of the Boys and Girls Club, has spent years contributing to the locations in Denver, where he lived for many years. “There are so many ways to get in trouble these days,” said Issel. “The Boys and Girls Club is a very positive environment for kids.”

As for the future, Issel has hope. As for the past, he doesn’t take for granted the successes he’s had.