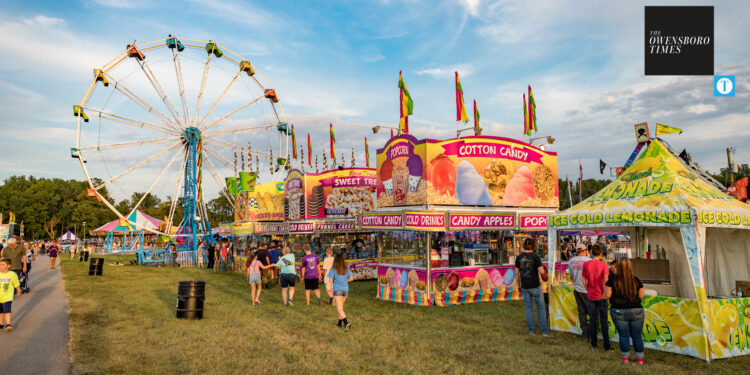 The Daviess County Lions Club Fair is back this year, and organizers are excited to return to the fairgrounds for a 50th-anniversary celebration following a two-year hiatus. The event will run from July 20-23, and the Lions Club has aspirations to exceed the community’s expectations with this year’s fair.

“We’re excited to bring the fair back to the fairgrounds,” said Joan Hayden, a member of the fair board. “We’re grateful for our sponsors and those who attend the fair year after year.”

The fireman’s challenge highlights Wednesday’s schedule, while a monster truck show is slated for Thursday. Friday features motocross in the big arena, followed by a truck and tractor pull on Saturday.

Hayden also announced the return of the artificial fishing tournament, an event cherished by many when organizers introduced it in 2019. Fair-goers can also expect options when it comes to food, with many food trucks and vendors that run the gauntlet with their culinary creations.

The fair also features inflatables and a sizeable carnival selection with rides for all ages. Hayden said the beauty of the Daviess County fair is that attendees only have to pay one admission, and they get access to every ride.

The fair isn’t short on shows either, with the open talent show slated as the finale on Saturday evening. Other exhibits include the 4H-FFA open crops display, arts and crafts, and livestock shows daily.

A massive fireworks show will conclude the festivities on Saturday, a new addition to the fair to celebrate its long-standing tradition of success.

The costs to conduct a fair of this caliber exceeds $100,000, with several volunteers donating countless hours to the effort.

“It’s tough to sustain a fair for this long,” Hayden said. “We couldn’t do it without our sponsors and supporters. The community and surrounding areas have been good to us, and we’re happy to provide a quality product that Daviess County can be proud of.”

Pageants will return to the fairgrounds the following week with the Miss Pre-Teen Pageant on Aug. 5, followed by the Miss Teen Pageant the next day.

Organizers of the Miss Daviess County Pageant said they don’t have dates ironed out just yet, but have enhanced the pageant experience. The pageant will be held at the Hines Center and is open to anyone 21 years of age and older who is a Kentucky resident.

For more information about the fair and events, visit the Lions Club website here.