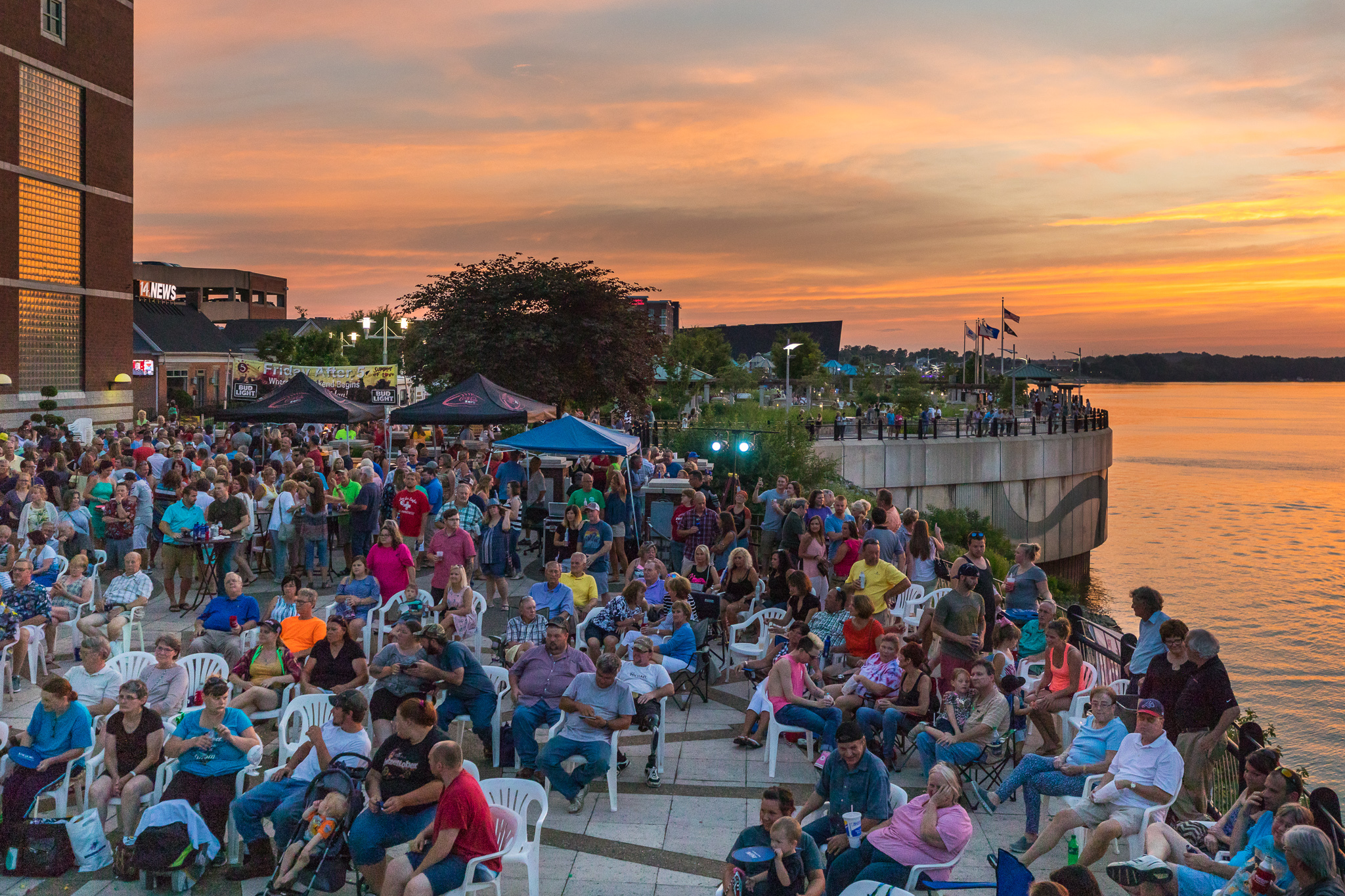 Friday After 5 at sunset | Photo by AP Imagery

Newton Parrish Bucket Drummers will open for Cathy and Tommy Mulllins at 6:30 p.m. on the AT&T “Your Thing” Overlook Stage.

Rock ‘Em Leon will be performing from 7 p.m. to 10 p.m.in the Atmos Energy Courtyard.

Owensboro Legends Night will offer the first-ever jam session with local artists from 8 p.m. to 11:30 p.m. on the Legendary Party at the Pier. Elliott Sublett, Insulated, Josh Merritt Band and Andy Brasher are scheduled to perform.

There will also be a salute to the Bluegrass Hall of Fame community with fiddling at the Kroger street fair.

For kids, there will be a live cartoon character of everyone’s favorite mice, courtesy of TD’s Tuff Decisions Costumes, free balloon animals and popcorn.

Other events to close the season include the FA5 Free Foto Booth, a “toast to the sunset” at dusk and the US Bank Home Mortgage T-shirt cannon sending special t-shirts into the crowd.

Class preunions include Apollo Class of 1978 and Owensboro High School Class of 1968.

11 food trucks were at the Kroger Street Fair

850 T-shirts shot out of the cannon

2,500 hours worked by Friday After 5 volunteers

In October, Friday After 5 will start planning for the 2019 season. The committee is asking for input with a survey to see what the community would like to add. Click here to take the confidential survey.