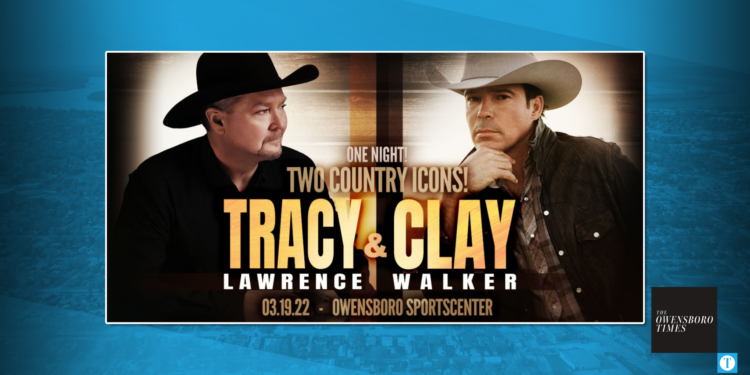 Country music icons Tracy Lawrence and Clay Walker are coming to Owensboro. The two, which have combined for more than a dozen No. 1 hits on the Billboard country music charts, will be performing in concert at 7:30 p.m. March 19, 2022 at the Sportscenter.

Tickets for the concert start at $39 and go on sale at 10 a.m. on Friday. Tickets will be available online at OwensboroTickets.com, at the Owensboro Convention Center box office, and by calling 270-297-9932.

Lawrence has worn many hats in his three-plus decades in country music, working as a songwriter and producer in addition to his singing and performing. Lawrence has been performing since the age of 15 and signed his first record deal at just 23 years old. His debut album, Sticks and Stones, reached the top 10 of the country albums chart while achieving platinum certification. The strength of the record led Lawrence to be named the Top New Male Vocalist by both Billboard and the Academy of Country Music.

Lawrence’s sophomore effort, Alibis, was even more successful. It sold more than two million copies in the U.S. alone and cracked the top five on the country albums chart, while reaching No. 25 on the Billboard Hot 200 albums ranking.

While much of Lawrence’s chart success came in the 1990s, he saw a career resurgence in the mid-2000s. His song Paint Me a Birmingham in 2003 marked his return to the Top 5 on the country singles chart and continues to enjoy strong radio airplay nearly two decades later. Then in 2007, Lawrence returned to the top of the chart with Find Out Who Your Friends Are, which featured Lawrence’s longtime friends and collaborators Tim McGraw and Kenny Chesney.

Walker is a recording artist, songwriter, and entertainer with 31 charted singles, a dozen No. 1s, four platinum albums, and decades of performances to his credit.

Walker’s still robust touring schedule continues to fuel interest in his releases, most recently the 76-song compilation Clay Walker – The Complete Albums 1993-2002. Among them is the chart-topper If I Could Make A Living, which recently celebrated the 25th anniversary of reaching its airplay peak.

As his career has progressed, Walker has embraced the changes within country music by working with many of the format’s top songwriters. Often overlooked in Walker’s career has been the balance he’s had between writing his own material – much of it solo, including many of his biggest hits – and recording undeniable songs from outside writers. 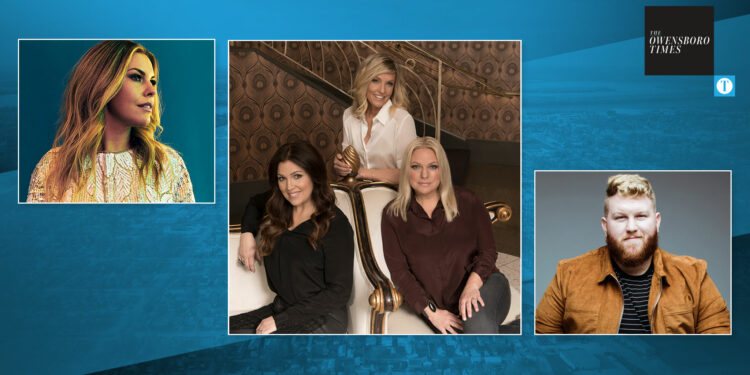 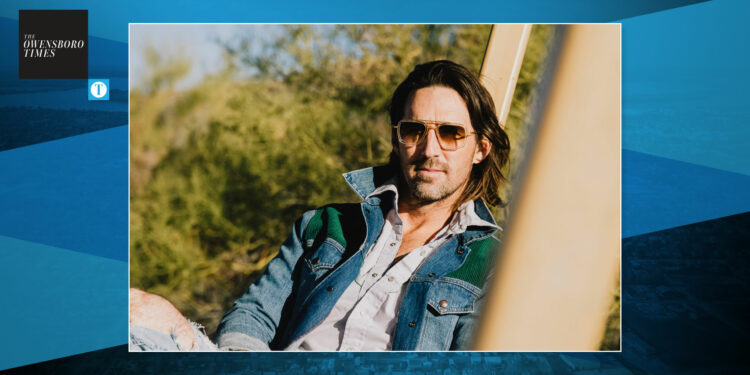