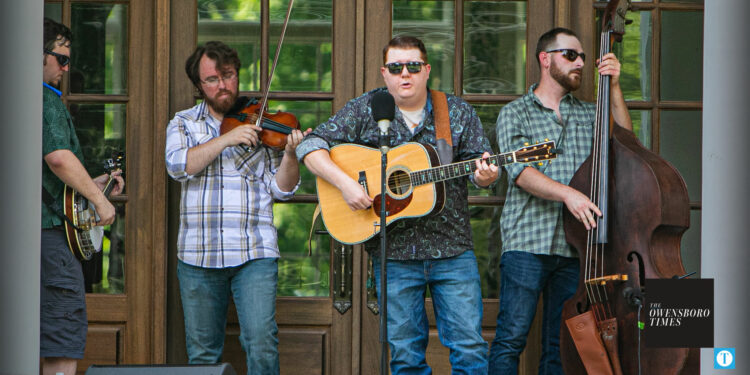 The PorchFest OBKY lineup is almost finalized, but organizers announced they are opening three slots for local musicians to perform. Live auditions will be held April 14 at Brasher’s Lil’ Nashville. The free outdoor music festival on Griffith Avenue returns June 11.

According to organizers, the live auditions are open to local musicians (21 and over) and will run from 6-9 p.m. at Brasher’s. Participants will be selected by a panel of local judges.⁣ Interested musicians must pre-register to attend the auditions by filling out the form here.⁣

The official lineup will be announced at a later date.

This will be the fourth iteration of PorchFest. Last year, the event had 11 stages with more than 30 bands and artists performing down the street, and an estimated 8,500 people filled the lawns and sidewalks to enjoy the music.

“We are so very excited for this year’s event. With a fresh lineup, more food vendors & a new charitable beneficiary there’s a lot to look forward to,” Tamarra Miller, who co-founded PorchFest with her husband Andy Brasher, said earlier this year.