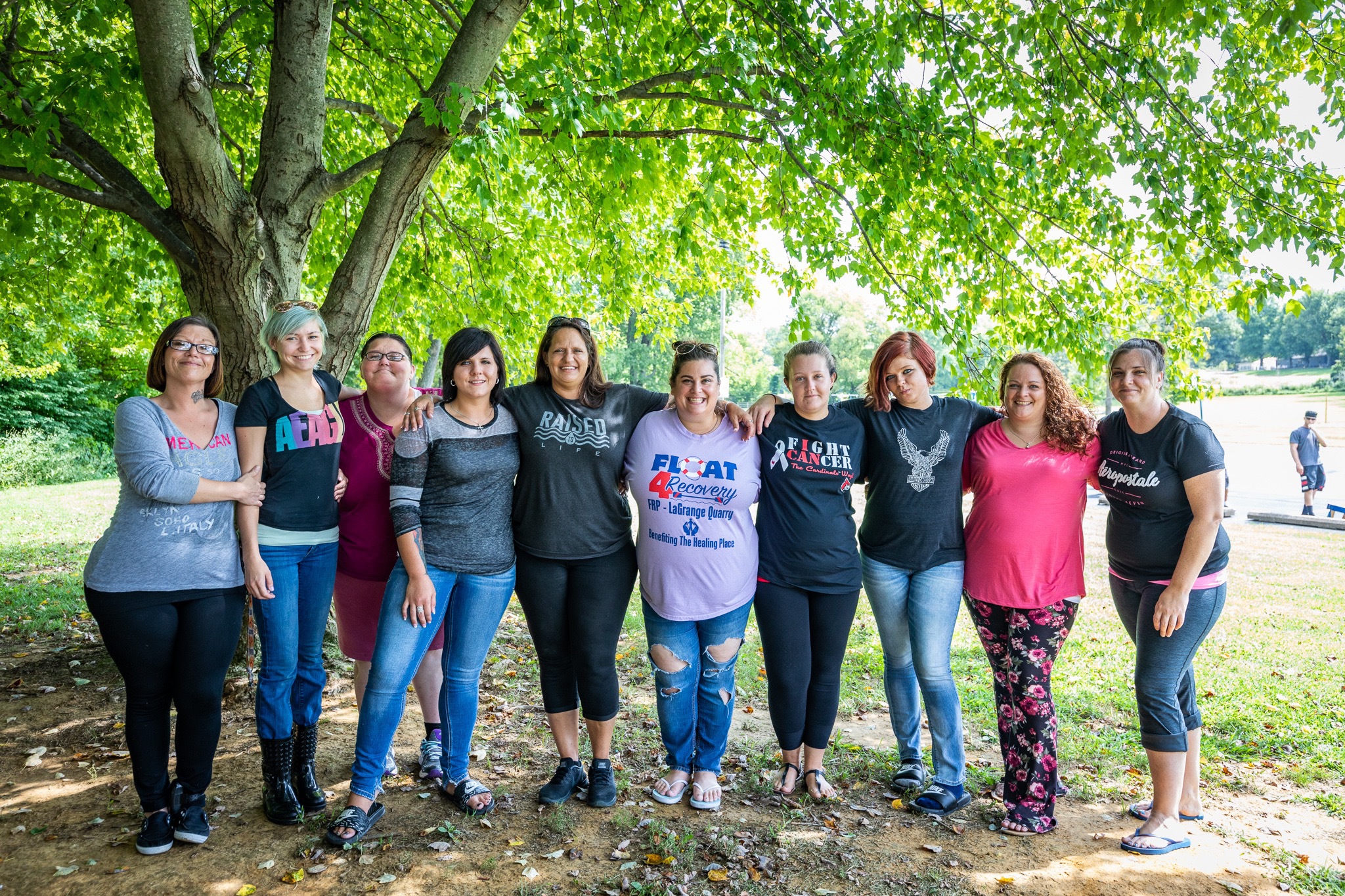 Angel Hollier is currently in school working on her bachelor’s degree in social work. A year ago, Hollier was an intravenous heroin addict who was released from jail, with few options.

Hollier will be celebrating a year of sobriety on September 21, thanks to True North Sober Living Facility for Women. The organization celebrated its own one-year anniversary at Ben Hawes State Park on Saturday.

Supporters and friends grilled food for True North residents, family members, and anyone interested in attending the open event held from 11 a.m. – 2 p.m. Two cornhole games were filled with players before the event officially started. A down-to-earth, peaceful vibe was apparent as people arrived in small groups–some smiling as they walked around while others settled under the picnic shelter and talked with friends.

“Today is, on a personal level, our one-year anniversary for True North,” said founder Jennifer Seaton. “We’re also kicking off National Recovery Month. It was the perfect opportunity.”

Thanks to Seaton, women in Owensboro who’ve succeeded past the initial detox period in their road to sobriety have a safe, encouraging place to live for the difficult journey that follows after detoxing.

“We take women who’ve been court-ordered, who are coming out of treatment and on parole,” said Seaton. “We foster a supportive environment that’s encouraging, and they [women] can stay there and navigate on their own terms.”

“Our philosophy is that there’s no one-way path to recovery. You find your way,” Seaton said.

Her path to True North wasn’t as smooth as she’d hoped. After being arrested, Hollier was court-ordered to choose a rehab facility. Instead of going somewhere short-term, Hollier chose True North because of its option for longevity.

“I had just gotten charged, so I went into True North, and then the judge sent me back to jail,” said Hollier. “Everyone [at True North] came with me. Back at court, they were able to get me out.” Hollier said it was her first, sober jail experience.

Hollier said she was able to talk to and encourage other women in jail because of her newfound sobriety, something she hadn’t done in past incarcerations. Hollier says True North’s focus on family and support made it possible for her to recover, instead of operating as a recovery “program.”

Hollier is proud of her sobriety — almost unbelievably so. She has turned her life around and certain things have happened for her that are still overwhelming to fathom.

“I was so proud to fax my letter [of sobriety] to the judges and probation officers,” she said. “People who never wanted to talk to me before.” Hollier said that because of her past arrests, she should’ve been convicted as a persistent felony offender, but, somehow, those charges were dropped to misdemeanors.

As an addict, Hollier didn’t see her twin boys for three years; they were placed in foster care with no contact allowed from their mother.

“In January, I got a call,” said Hollier, smiling brighter than anyone surrounding her under the shelter. “They called and asked if I wanted to see them.” Hollier now sees her fifteen-year-old sons, and they are very proud of her, she says.

Even more, Hollier’s 23-year-old son, her oldest, “broke the chains of addiction,” and started living sober just before Hollier did. Both IV heroin addicts, they enabled each other in the past. Now, their one-year sober anniversaries are being celebrated weeks apart.