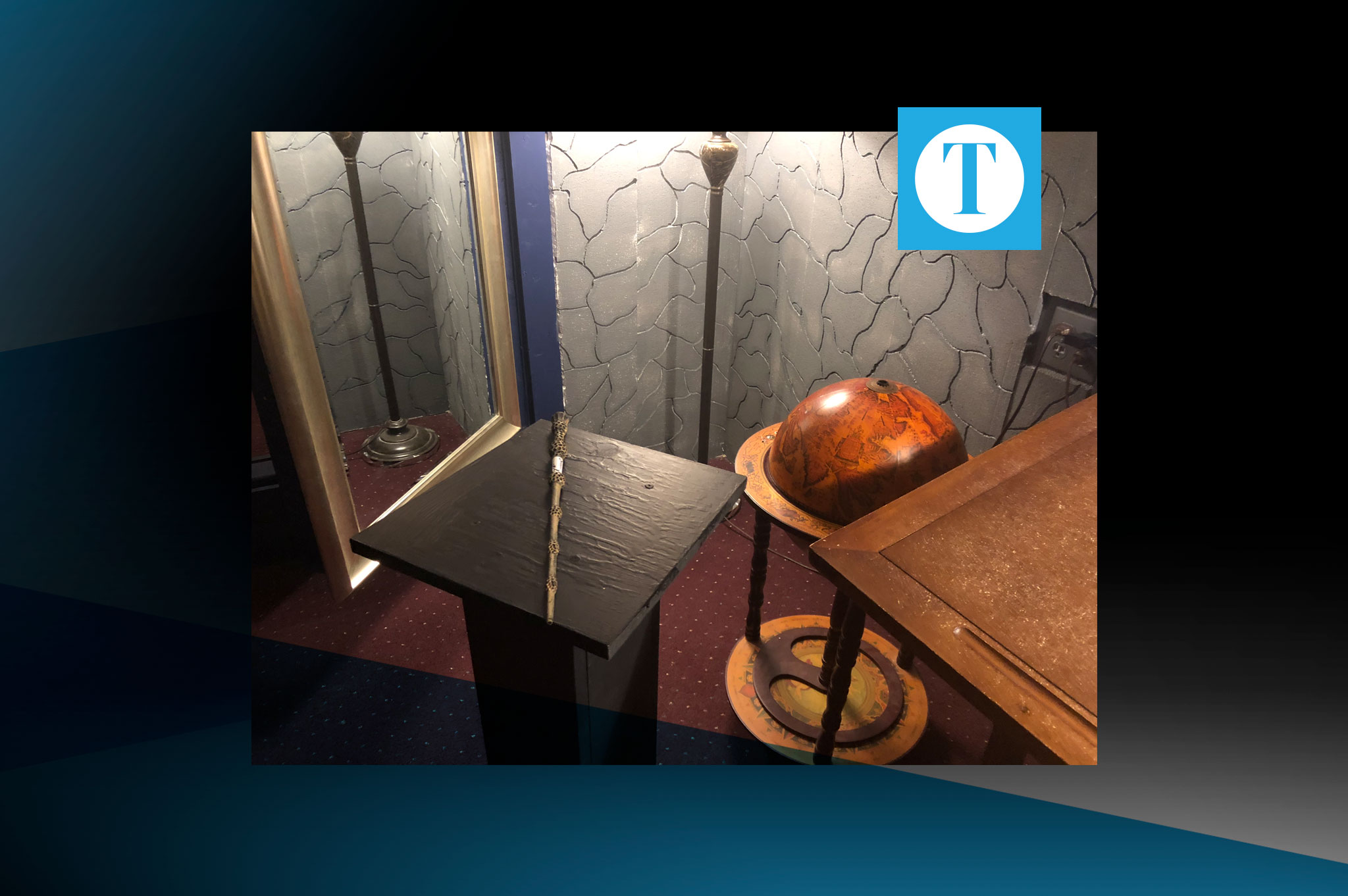 For Harry Potter fans in the area or even those who purely enjoy the magical essence so often associated with the fall holidays, Escape Today has added a brand new, Harry Potter-inspired escape room.

The company, located next to Wesleyan Park Plaza at 527 Emory Drive, was started by owners David Haynes and Max Garvin over two years ago. Their newest room, themed around all things Harry Potter, includes floating candles, magic potions, mirrors that are more than what they appear to be, and–as with most of Haynes’s and Garvin’s escape rooms–secret passageways.

The Harry Potteresque room has already been a major hit since it was released to customers this past Saturday.

“It’s good to reserve it at least a week in advance,” says Garvin. “This room has been the most-booked room in advance out of all the other rooms we’ve done because–I mean, Harry Potter.”

Haynes agrees that their newest room has indeed been a crowd pleaser at Escape Today, which was what the two expected when they decided to begin building it.

“The Harry Potter room will be here for six months, until February. It was fully booked last weekend and for this weekend,” Haynes said. “We’ve already had to turn people down.”

The room features low lighting, a wooden grandfather clock, and walls covered in decorations akin to those found in the Hogwarts castle–including moving photographs and a stone-replicated fireplace. Wooden furniture and an antique couch bring the room to life, turning one’s visions of the book into escape-room reality.

To pull this room off, Haynes and Garvin worked incessantly, calling the Harry Potter-inspired room their most intense project of all 12 rooms they’ve built.

“We spent the longest on this room out of any of them,” says Garvin. “We had to plan it out for months. And because we don’t want to be closed on weekends, we’ll just start on Monday and then go until it’s finished. Sometimes, we pull all-nighters.”

Haynes and Garvin must close down one of their existing rooms in order to create a brand new environment for repeat customers that keeps them entertained, surprised and encouraged to come back. This often involves physically removing and adding doors, knocking out walls and re-patching old secret passageways.

Besides the Harry Potter-inspired room, the owners have plans for a Carnival Clown-themed room in place of their long-running “Kidnapped, Part 2” room, which, before Harry Potter, was the company’s most-requested escape room. They also have a Titanic room they plan to soon re-open.

Regardless of long hours and all the time spent building sets and finding the exact fixtures to complement the rooms’ themes, Haynes and Garvin love what they do and have already been planning for the future of their company.

“We’re expanding our space, going to the left and to the right,” says Haynes, hinting that, perhaps, the company plans on occupying more space for–maybe, just maybe–more escape rooms.