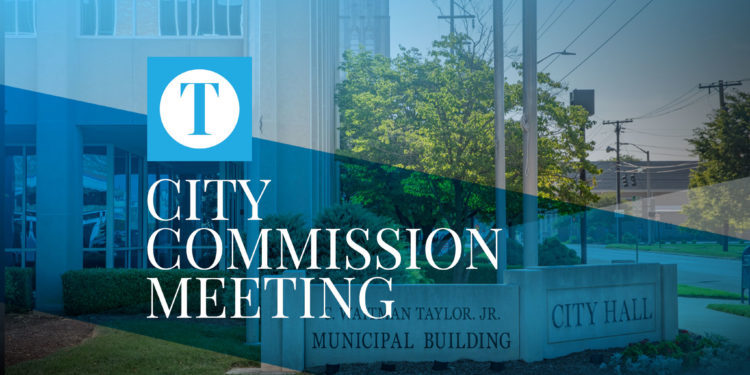 The City of Owensboro will likely expand the Gateway Commons Development Area, as was discussed Tuesday during a special called City Commission meeting.

Though the City had established and enlarged the area through a previous ordinance, this additional expansion of the development area — along with new Master Development and Local Participation Agreements — will provide “a fair and reasonable allocation of local and state incremental revenues to pay for or reimburse infrastructure costs related to the Development Area.”

As explained by City Manager Nate Pagan, the amended ordinance focuses on three components. After five years in the making, the MDA will allow the City, the developer and Owensboro Regional Water Resource Agency (RWRA) to receive a chunk of future Tax Increment Financing (TIF) reimbursements paid out by the state.

By expanding the Gateway Commons Development Area, the new Daviess County Middle School property will completely fall under the City’s jurisdiction — as will Senior Green, LLC, which will include the Fairview Drive expansion.

Additionally, the MDA and LPA agreements will allow TIF reimbursements for properties located within the Gateway Commons Development Area to be split between the three entities — with the developer taking 65%, RWRA 22% and the City 13%.

Pagan said this change to the MDA makes the TIF disbursement more balanced. Previously, local incentives went to the developer 100%, he said.

One of the changes with the LPA, meanwhile, was made to ensure that the DCMS taxes weren’t part of that agreement, so the occupational taxes won’t be reimbursed to the developer.

“We’ve capped their award at $27 million as per the agreement, plus the state revenue,” Pagan said.

The City’s finance department was commended for their perseverance in seeing the MDA through over the last several years. Though the ordinance wasn’t put to a vote on Tuesday, Mayor Tom Watson said it would likely be voted on in two weeks’ time.

“It was an arduous process, and a long time coming. I’m thankful you all stuck to your guns. Everyone got a piece of the pie,” Watson said.

The only commissioner to express concerns about the future of this amended ordinance was Larry Conder, who said he worried about language left out of the agreement regarding incremental tax revenue.

“How do we make sure we’re not taking money out of one pocket and putting it into another?” he asked. “It’s not incremental businesses going into the Gateway Commons Development Area — we already had them.”

Businesses such as Malco Theatre, Hobby Lobby, Kirklands, and Gabe’s were previously located on South Frederica Street but relocated to Gateway Commons. That will provide the developer — Gulfstream Commercial Services — with the TIF revenue.

While other cities in Kentucky have included their TIF agreements to enforce incremental (or new) businesses to be developed, the City’s Gateway Commons MDA agreement would allow any business in the area to relocate to HWY 54.

“My concern is, going forward, there will be other businesses that will make the same move,” Conder said.