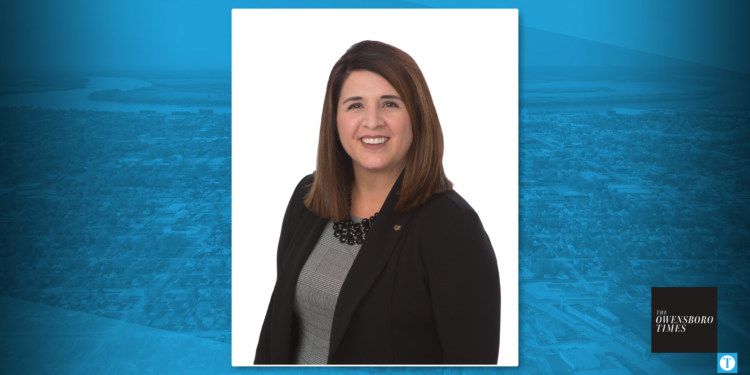 Amy Jackson, who has been an active member of the Owensboro community for about two decades, has been promoted to Executive Vice President & Chief Administrative Officer of German American Bank.

Jackson said she’s excited for the new role, which begins Jan. 1, but noted it won’t affect her involvement with organizations across Owensboro. She is a graduate of Leadership Kentucky and serves in leadership capacities on numerous nonprofit, educational and economic development boards in the Greater Owensboro area.

“I’ll still be involved and active here in the Owensboro community as well, with all the nonprofits that I love and I work with,” she said. “It won’t change my ability to contribute to Owensboro, it just expands my influence across the entire German American footprint.”

Jackson most recently served as the Senior Vice President – Administrative Development and Strategic Planning for the bank. She joined German American in 2018 in connection with the company’s merger with First Security Bank of Owensboro, where she had been for four years. She has more than 20 years of banking experience.

As Chief Administrative Officer, Jackson will lead all operational and administrative functions of the bank as well as provide executive oversight for Human Resources.

“I’m extremely excited to grow my career long-term with German American,” Jackson said. “It’s an honor to get to work with all the teams now across our entire footprint of Kentucky and Indiana, and to make sure that we have all of our services in place and continue to grow for our customers and what we can do for them. I’m also really grateful to be working for a community bank like German American that believes in local leadership and developing team members to do it.”