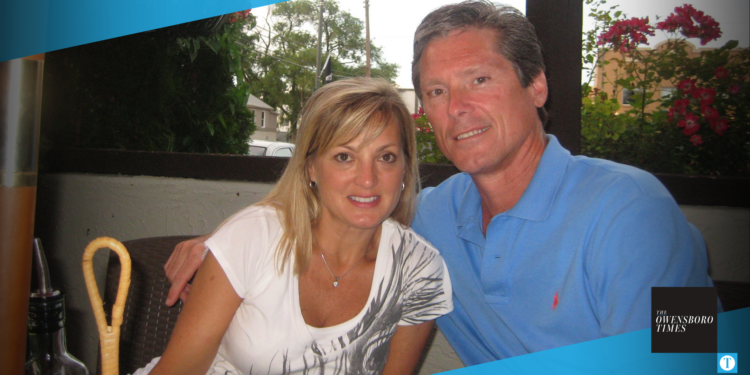 After opening their dental practice in Owensboro nearly 36 years ago, the husband-and-wife duo of doctors David Thompson and Vicki Frey have retired from the business. The two opened Dental Designs in August of 1986, growing and expanding it significantly before selling it to Wes Booker in December of 2020.

The two stayed on staff and practiced part-time for an additional year to ensure a smooth transition. Both Thompson and Frey said it was bittersweet because while they will enjoy more time for family and travel, they would certainly miss their patients, which they considered family.

“We’ve been blessed to have had a lot of good people and great patients,” Thompson said. “The hardest part is leaving the staff. They’ve been so fun to be around, and I’m going to miss that. We’ve built our entire practice around relationships.”

Thompson and Frey are both Owensboro natives and were elated to return home from the College of Dentistry at the University of Kentucky to begin their careers. Both are Brescia University and Owensboro Catholic High School graduates and consider themselves blessed to be a part of the Owensboro community.

“We’ve been blessed by this community and lucky to be able to do what we love for so many years,” Frey said. “We’ve always sought good business advice and emphasized developing relationships with patients. We’ve treated some people since they were kids only to have them grow up and bring their kids in for care.”

Since its conception, the practice has been a long-standing staple of the KY 54 area, first operating out of a 1,100-square-foot space in the strip shopping center where 54 Pizza is located. Just 6 years later, exponential growth led them to construct their own 3,000-square-foot, state-of-the-art facility a few hundred yards away on Alvey Park Drive.

Much like the area around them, Thompson and Frey saw their practice evolve from humble beginnings to an office that boasts cutting-edge services such as smile design, Invisalign, orthodontics, digital dentistry, and CEREC or computer-aided crowns.

“We started with zero employees; we cleaned rooms, took appointments, sterilized instruments, and assisted each other,” Frey said. “We worked two nights a week, staying open until 8 p.m., and on Saturday mornings, whatever it took to grow the practice.”

In 1986, KY 54 was a two-lane road, a Sir Beef restaurant resided near the current Subway, Wyndall’s Foodland inhabited the present Don Moore Chevrolet, and Walmart on the state highway was still an afterthought. Thompson said the decision to begin a practice on the east side left many community members puzzled.

“There wasn’t a lot there; many people questioned us and thought we were nuts,” he said. “We knew that several residential roads, new schools, and new neighborhoods were heading that way. It took a few years, but the area eventually took off.”

Thompson said they have 14 dentists in their family, several of which they’ve had the pleasure to work with over the years. Booker married Tina Thompson, a relative of Thompson and Frey who also worked at the practice, and decided they fit perfectly into their exit strategy.

“We wanted someone that we trusted to take care of our patients and our team,” Frey said. “Our entire team and every hygienist has remained on staff.”

Distant relative Dr. Whitney Thompson, who also comes from a family brimming with dentists, will enter the practice at the beginning of the new year and will assume many of Thompson’s and Frey’s patients.

Booker said he is honored to take over a practice with a lasting legacy of superior service.

“They were basically the first dental practice here on the east side of Owensboro when they started from scratch 35 years ago,” Booker said. “They are awesome people and deserve much recognition for the practice they built and the wonderful care they’ve offered their patients over the years. We are extremely happy for them as they enter this next stage and honored and blessed to continue the same compassionate, comprehensive care with the people of Daviess County.”