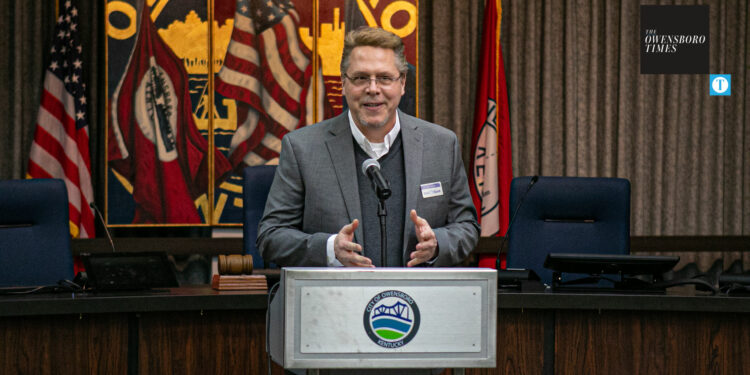 Despite last week’s termination of an initial lease agreement for a downtown Owensboro location, Bell Bank is still moving forward with plans to open a mortgage servicing center in the Owensboro area.

The agreement for the downtown building was terminated after a federal judge did not immediately rule on a request from the landlords that required a previous tenant to move prior to Bell’s lease.

“While we are disappointed in the outcome for our lease agreement, we are committed to the Owensboro market,” said Bob Smiley, Bell Bank’s SVP/mortgage servicing director. “We plan to search for another solution in the Owensboro area that would meet projected space and staffing needs for our new mortgage servicing center. Thank you to the community for your continued interest and support.”

Once a new location is finalized and opened, Bell projects it will hire 37 employees during the first year of operation of its mortgage servicing center, growing its local workforce to 178 employees by 2026. The company already lists several job openings in Owensboro on its website.

Originally, the plan was for Bell Bank to open the mortgage servicing center in a portion of the building at 234 Frederica Street.

In 2016, Alorica leased the second through fifth floors of the building at 234 Frederica Street and subsequently occupied the space and commenced operations. Alorica has since moved all employees out of the building and has conducts business remotely.

Matt Hayden’s OWB Downtown is the landlord of the property. A federal court recently declined to rule on a motion by OWB to enforce a termination agreement with Alorica that would have required Alorica to turn over the vacant space and pay a termination fee. That led to OWB terminating the separate lease with Bell Bank, meaning the space will continue to sit vacant. For a full breakdown of the lawsuit originally filed by OWB against Alorica, click here.