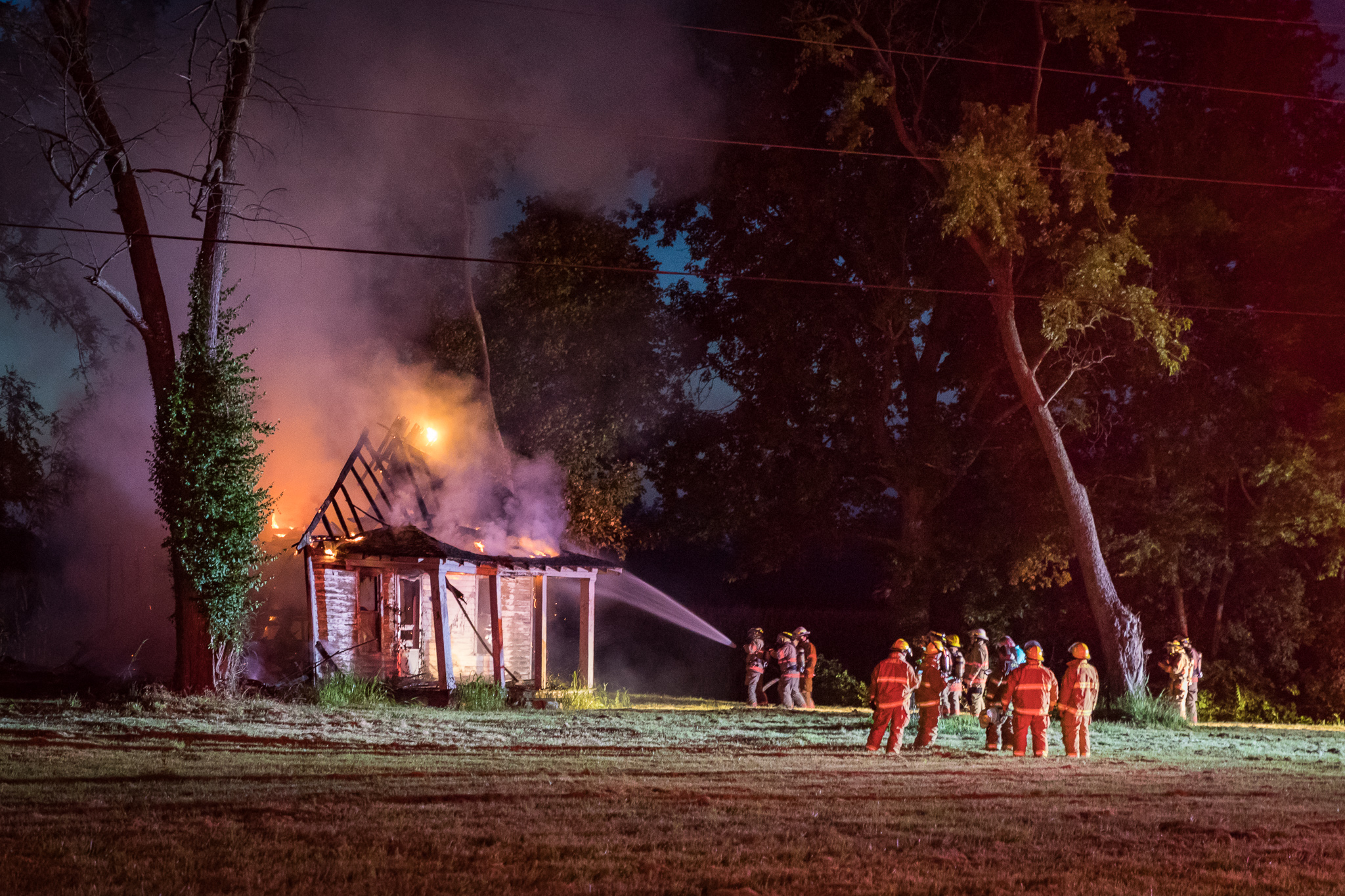 Owensboro Times was at the scene of an abandoned house that caught fire on Highway 1554 Monday night. Units from Daviess County East, Daviess County West, Airport-Sorgho and Stanley arrived at the scene and worked to extinguish the fire. The structure was engulfed in flames as responders arrived around 8:30 p.m.

Eric Coleman, Assistant Fire Chief of the Daviess County Fire Department, confirmed that the house was abandoned, and that nobody was injured.

“For now, the cause of the fire is still undetermined,” said Coleman.

“It was a dilapidated structure to begin with,” said Coleman. “After the fire, there’s only two walls standing.”

The home, built around 1935, has been historically documented through two floods, 60 years apart, as well as by an Owensboro Times photographer in 2010.