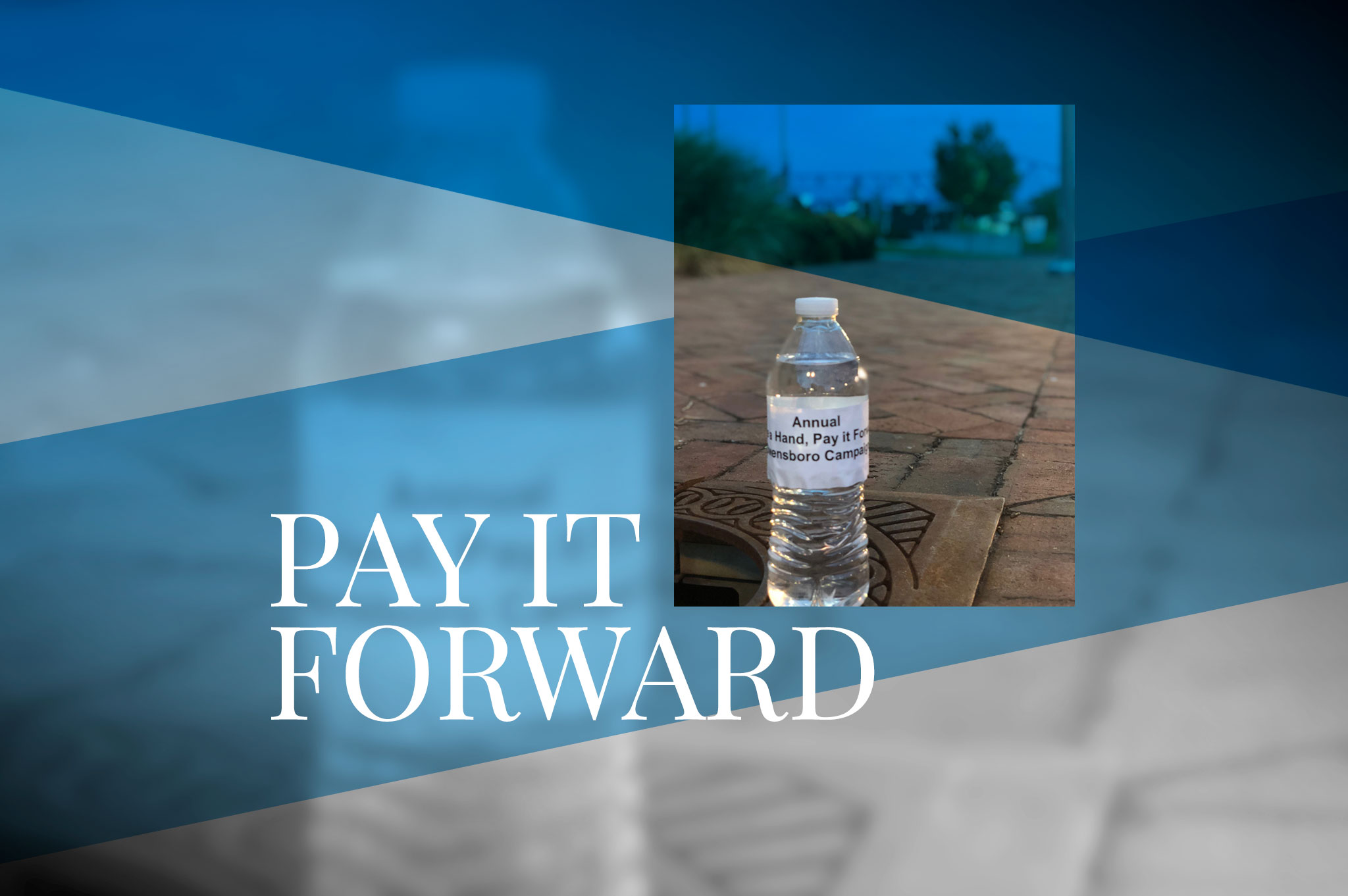 Pam Smith-Wright was elected as Owensboro City Commissioner in 2011. While a lot of Smith-Wright’s focus has been directed toward downtown development and bringing more people into the city she loves, the commissioner is in the middle of a campaign that has nothing to do with politics nor development.

Smith-Wright’s annual Pay it Forward campaign lasts two weeks and runs August 1-15. The purpose of Pay it Forward is simply “asking citizens to do something nice for someone else during these two weeks.”

Now, while some citizens do nice things every day for those around them, there are some people in the community whom Smith-Wright worries might not.

“There are still people in our community who need a lift-up,” she said.

Smith-Wright started the campaign with then-mayor Ron Payne, during her first year serving as city commissioner in 2011. Payne thought it was a great idea, and they decided to publish the idea on the city’s website so citizens of Owensboro could respond. Smith-Wright thought people would enjoy sharing what they’d done for others, or what others had done for them.

“We were shocked when we didn’t get a greater response,” she said. “That was when I decided, ‘Hey, maybe people don’t want to brag about this.’ And we decided to make the campaign about getting it done, and not having to talk about it.”

Since the first day of this year’s campaign, Smith-Wright has been passing out water bottles to people in the community and spreading the word to pay it forward to those she encounters.  Both Kentucky Wesleyan College and Independence Bank have been sharing Pay it Forward information on their signs to get people active.

Smith-Wright received the Owensboro Human Relations Humanitarian Award in 1999. Recently, she won the 2015 Wendell H. Ford Regional Legislative Leadership Award, among many others because of her dedication to the city of Owensboro.

But Pay it Forward is something special to Smith-Wright. She feels strongly that Owensboro is a great city and that citizens shouldn’t take little acts of kindness for granted.