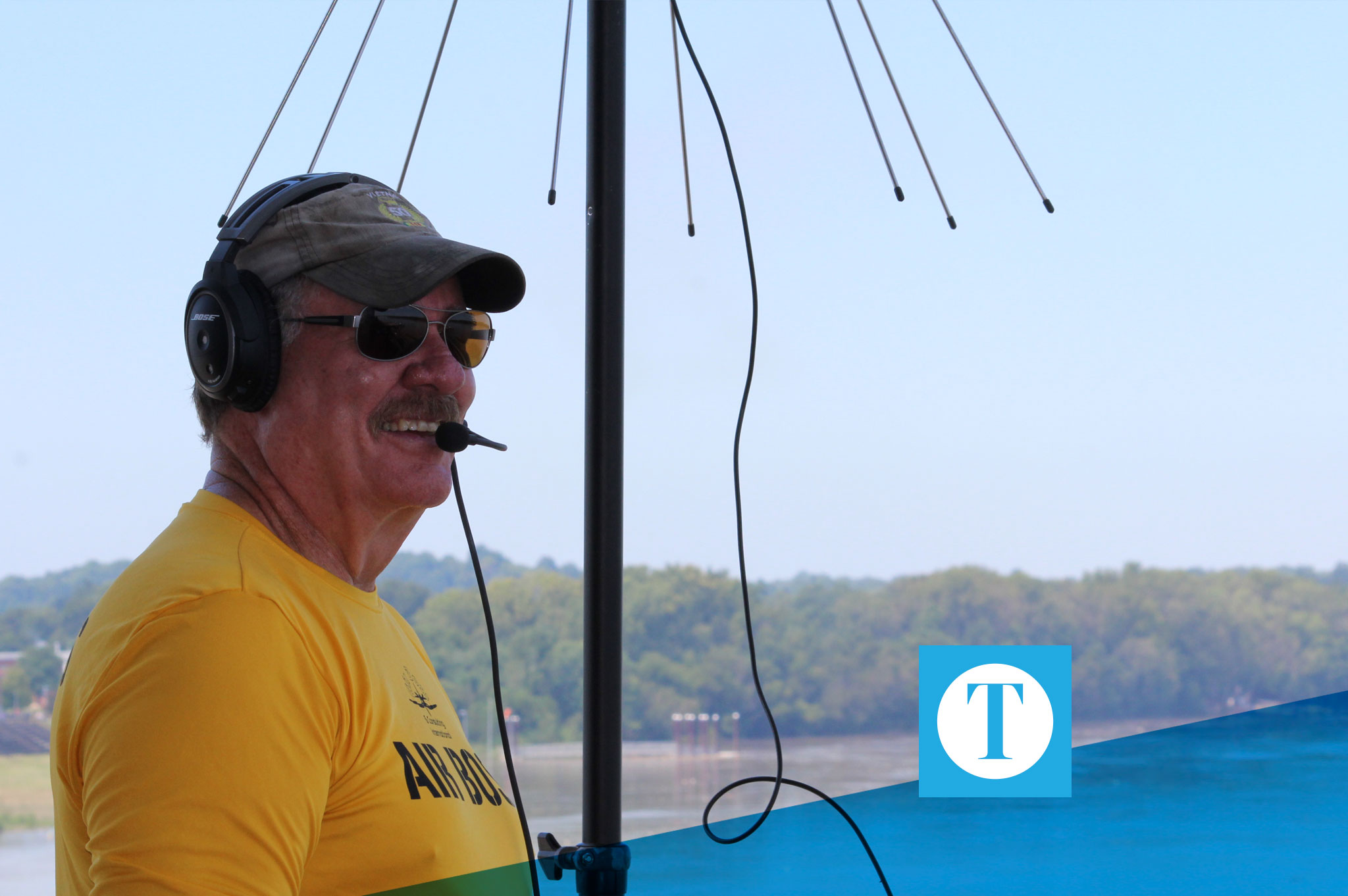 This weekend there is a new boss in town. Wayne Boggs is known as an air boss — what he does during the four hours and thirty minutes of the air show is similar to conducting an orchestra.

Boggs’ definition of an air boss is the individual who controls the entire event environment and has the primary responsibility for air show operations on the active taxiways, runways and the surrounding air show demonstration area.

Owensboro’s air show is different because it is controlled from a mobile site, meaning Boggs isn’t in a tower for Saturday and Sunday’s shows, but is hosting it from a mobile tower near the demonstration area.

The performers have to adjust their takeoff times when leaving the airport and wait to hear Boggs say, “the airspace is yours” before attendees see them in the performance space.

Boggs will be next to Rob Reider, the announcer for the Owensboro Air Show. The proximity of the two allow them to communicate with each other and also communicate with the pilots performing their extensive routines. They have been working together for over 20 years on the air show circuit, so the camaraderie is obvious during the air shows. Both are also honorary Blue Angels, an honor bestowed on Boggs last year.

“I am the 52nd honorary,” said Boggs, an honor he does not take lightly. When he arrives at an air show site prior to the Blue Angels, he makes sure he is there to greet the pilots and crew.

Boggs has worked with many of the scheduled performers throughout the season, so he knows their routine, but that does not mean he is not watching their planes.

“A good air boss never takes his eyes off the planes,” Boggs said.

Boggs’ love of aviation began as a child. His mother served as a Women’s Auxiliary Service Pilot (WASP) during WWII and Boggs remembers playing with her uniform and equipment.

“It’s all entertainment. We have to split it up so it’s not the same routine and acts following each other,” Boggs said.

Some of the performers in the show will fly multiple times, so the air boss has to make sure those pilots have time to get back to the airport, refuel, take off and return above the river, ready for their next rountine’s passes.

“I have to learn about people and their limitations,” said Boggs. “If the pilots lose faith in me, they are jeopardizing their safety. They wonder ‘Are you watching me?’”

Yes, he is watching their every move.

“It’s a dangerous business,” said Boggs. “I must do right and by the best of my ability, or I shouldn’t be doing it.”

Home » Features » Community » Boggs is the boss of the air