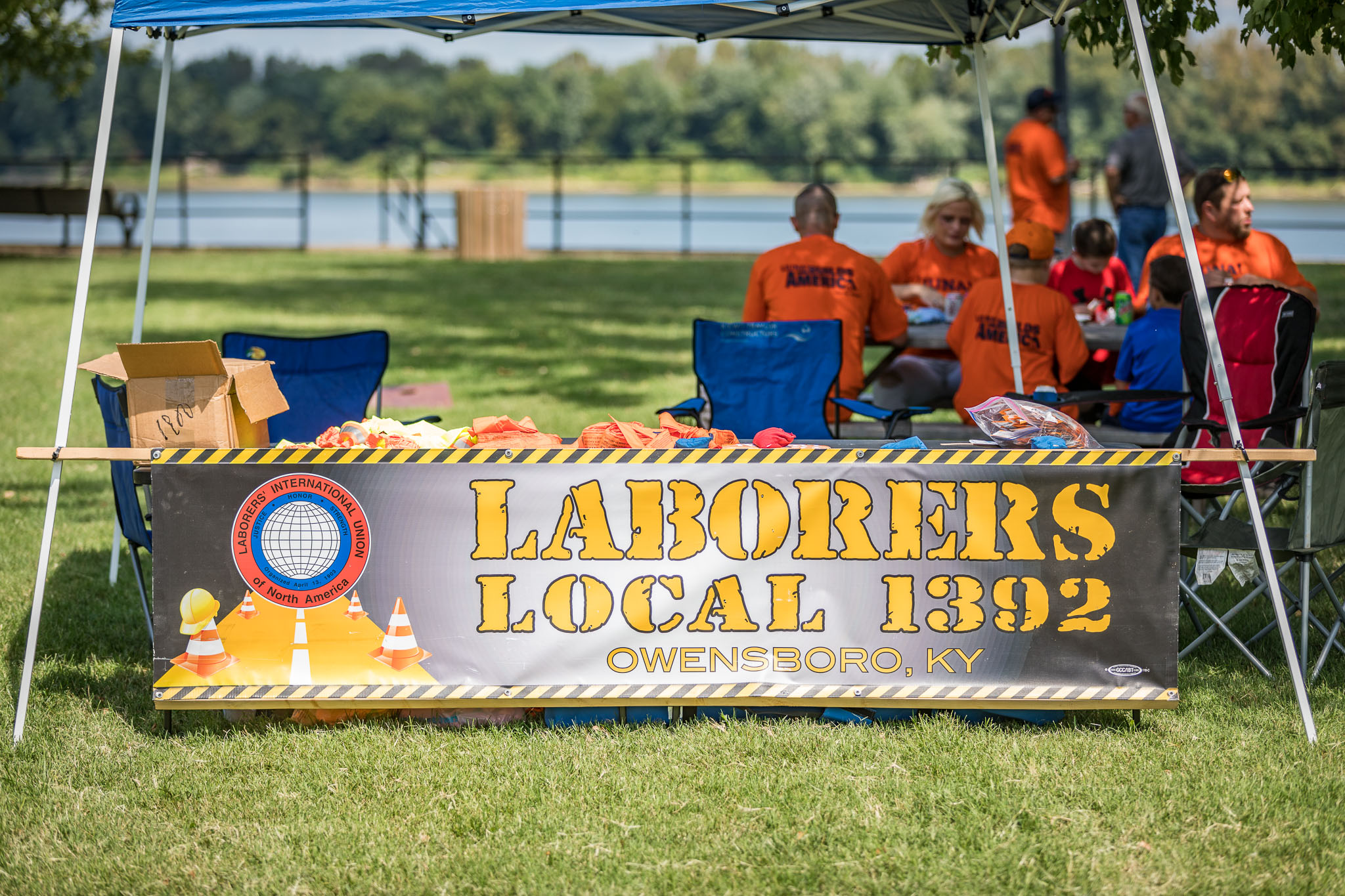 The event was free to attend, although the CLC accepted donations at the entryway to support local homeless shelters and the food bank. The CLC is made up of unions throughout the region, including McLean County, Hancock County, Ohio County and Daviess County.

“The CLC is a collaboration of unions,” said Ava Johnson, who sat at the front booth collecting signatures of attendees and donations. “We do this for the working people. You get a ticket to eat and your name entered in a drawing.”

According to Donna Haynes, President of Owensboro Area Central Labor Council, the picnic serves as a “thank you” to all the unions in the area.

“We have a retired member who gives $100 donation every year,” said Haynes, which helps fund the drawings and the event. The drawings include gift cards for the adults and McDonald’s gift certificates for the kids.

“I’ve been doing this for 20 years,” said Haynes, referring to supporting unions in the area.

Union workers and their families formed a line that wrapped around the entire pavilion as they waited patiently for a plate of barbeque chicken, baked beans, potato salad and hot dogs served by CLC volunteers and workers.

Attendees sported stickers, signs and buttons with names of political candidates as they filtered through the long line and took a seat under the pavilion. Aside from the picnic, candidates were invited to speak about labor issues that impacted the large group of union workers.

Misty Miller, who’s running for District Court Judge, says the judge race is nonpartisan, but she attended the event to get to know the union workers.

“I’ve been in it for 13 years,” said Miller, who’s running for the first time. “I’m ready for a promotion.”

Brent Boone, who came in support of Mill Rights Local 1076, said he came to support the locals.

“We’ve just come from the local parade in Booneville,” said Boone, adding that Labor Day events were happening all over the region in support of the unions.

A lineup of union-made cars was parked next to the pavilion, highlighting other aspects of union work that may go unnoticed. According to Haynes, a car show wasn’t in the works, but the cars did add to the celebration.