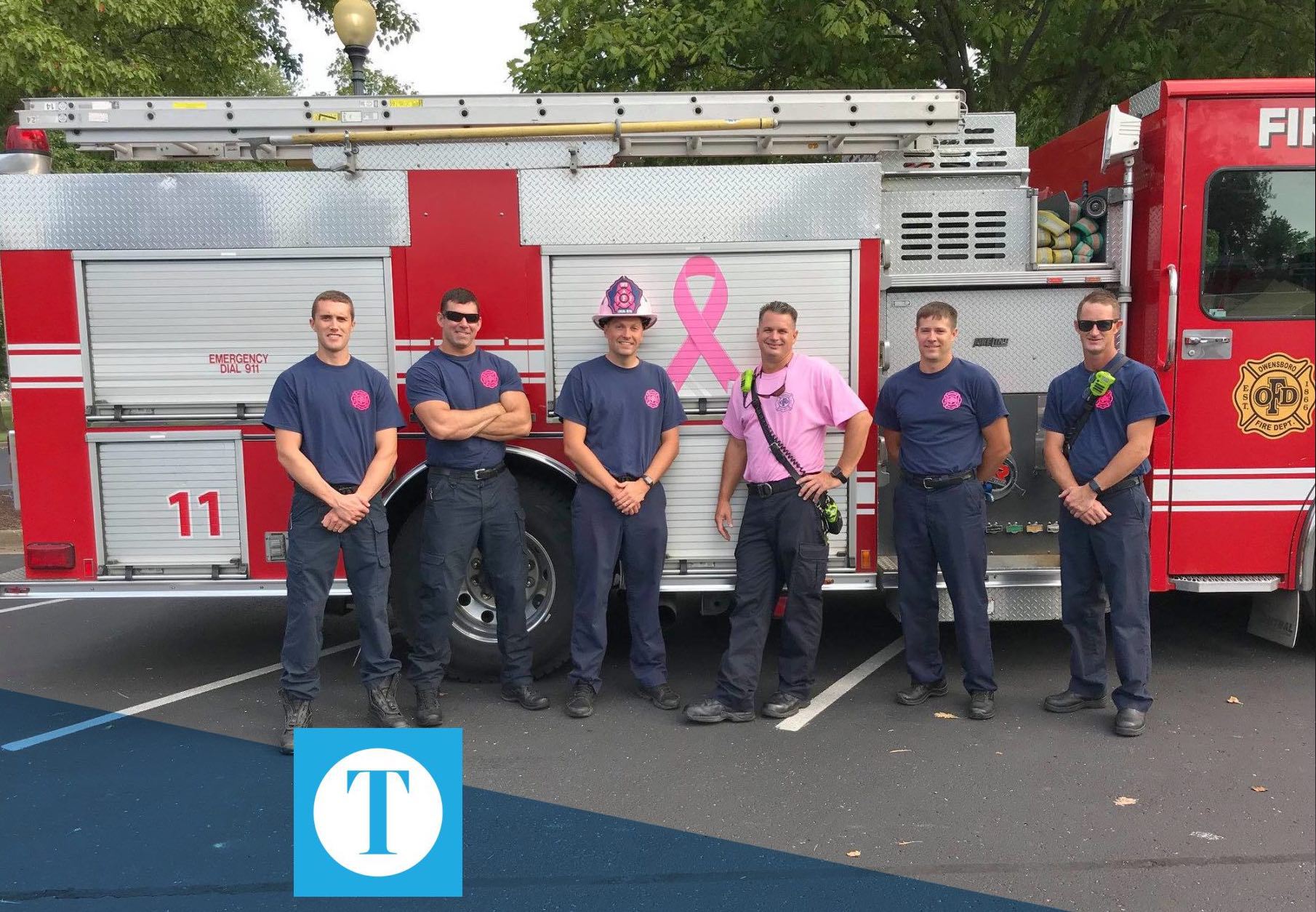 In light of the “Real Men Wear Pink” campaign, and Owensboro Police Department’s Adam Johnston’s valiant efforts to raise money for the American Cancer Society, the Owensboro Fire Department could not be left out of the mix.

The OFD is also demonstrating their support for National Breast Cancer Awareness Month by wearing and selling T-shirts supporting the cause, and, in turn, donating all funds to the American Cancer Society.

“We’ve been selling the shirts and going to events,” OFD Chief Steve Mitchell said of their participation.

Like their OPD counterparts, the firefighters aren’t just selling shirts for a cause, they have helped become a face for the cause. It has not become uncommon lately to see any local first responder with a hint of pink peeking out from under their uniform.

Mitchell said OFD ordered 400 shirts and, at $12 a piece, have nearly run out. However, Mitchell said there are still a few left for those interested in supporting the cause.

In addition to wearing their pink shirts, OFD has also made it a point to be visible in the community and has attended at least two different events to show support for breast cancer awareness this month.

“We’ve got the truck with the pink ribbon on it,” Mitchell said, “and that’s gone to a couple events too.”

The red truck with the pink ribbon — a clear sign that real (fire)men really do wear pink.