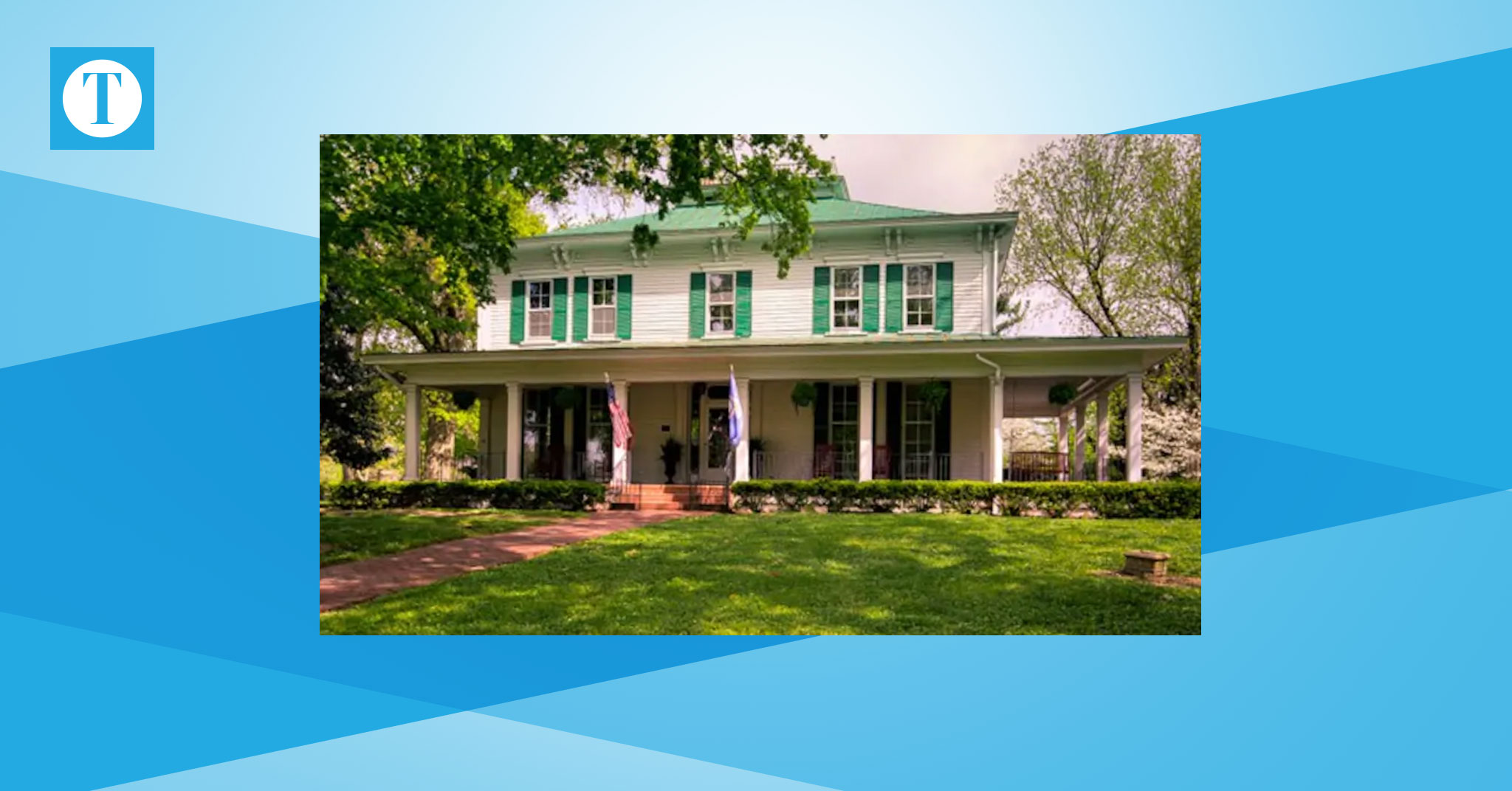 For Shana Gaynor-Champion, a party she attended as a young woman introduced her to the home of her dreams. Now, as the owner of The WeatherBerry, one of Owensboro’s most historic homes – and one of the few local Airbnbs – she is not only living in her dream home, she and her husband are able to share it with others.

Gaynor-Champion says she remembers being enchanted by the home when she was younger, particularly the entryway, which has two enormously beautiful floor-to-ceiling mirrors.

“I just thought, ‘Wow… I’d love to live in this house someday,” she said.

At that time, the home, which is a Greek Revival with Italianate decorative features, was owned by Dr. and Mrs. Bill Tyler.

The Tylers lived in the home and operated it as a bed and breakfast for ten years. They also went through the process of listing the home on the National Register of Historic Places and named it The WeatherBerry, which pays tribute to the Berry family who had owned the home from the 1870s to the early 1990s. The Berrys operated a National Weather Service station on the property for thirty of those years.

In the early 2000s, The WeatherBerry went on the market again.

Gaynor-Champion said her husband called her one day and said that there was a house he wanted to show her.

“He said, ‘you probably don’t even know it exists, but I think it’s the coolest house in Owensboro,’” she said.

Of course, she knew about the property, but the timing wasn’t right. In 2015, when the property was once again available, the timing was right, and the couple purchased the home, which had been extensively renovated and updated.

“It’s a dream come true,” Shana Gaynor-Champion said of living in such a grand home in a beautiful setting.

She says the screened in porch in the back of the home is her favorite part.

“I just love to sit out there and have a cup of coffee and listen to the birds and the fountains,” she said.

“We really feel like we are just the caretakers of this home,” says Gaynor-Champion. With large, flowing rooms and gorgeous details such as tall transoms, original doors, hardware and light fixtures, it’s simply a home meant for entertaining.

Entertaining can be carried out in both the 19th century way and the 21st century way in this home, thanks to the large, formal dining room and the updated kitchen. The dining room seats eight spaciously and can easily serve as the center of a buffet.

In the kitchen, guests will find all the modern conveniences and luxuries in a way that doesn’t seem like a big departure from the rest of the home.

“We hated to get rid of the original cabinets, which were constructed on site,” Gaynor-Champion said.

However, a gut job was necessary for functionality.

The couple also added fun touches to the basement, which they call the “Subterranean Steam Pump Bar.”

The WeatherBerry and its four acres of green space and gardens, plus a picnic pavilion and gas grill, are available for rent on Airbnb. The couple has another home, so it’s easy for them to vacate the fully stocked home, which sleeps six.

“Guests are welcome to host small dinner parties, as long as it’s under 15 guests,” Gaynor-Champion said.

In the future, the couple may consider making the WeatherBerry more of a venue for weddings or events, but doing so would require ADA compliance and thus, additional renovations.

For now, the couple is happy to enjoy their dream home and share its classic beauty in a very 21st century way.

For information about The Weatherberry as an Airbnb, visit their webpage.