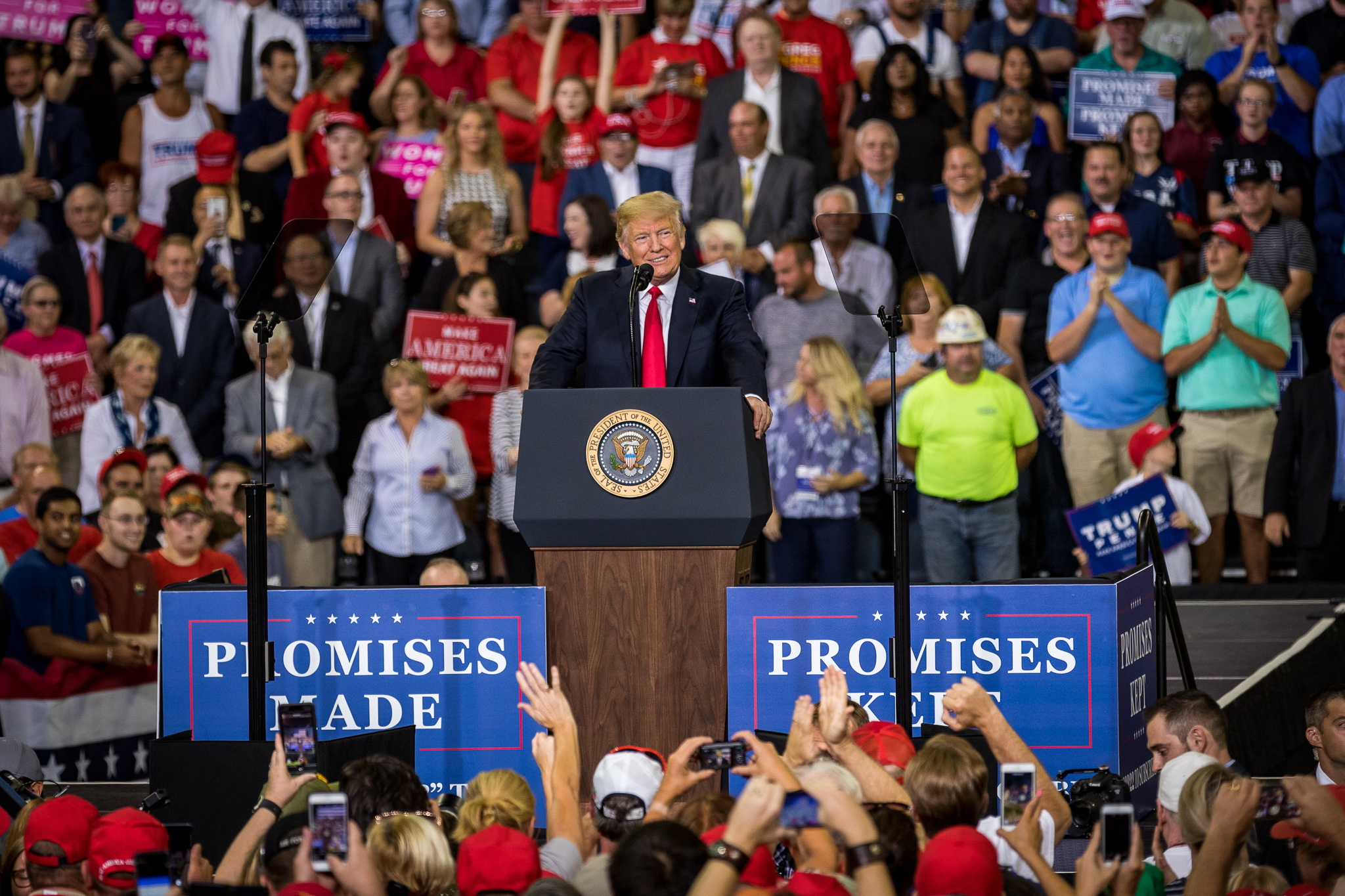 President Trump spoke at Evansville’s Ford Center on Thursday night to an energetic, opinionated crowd of both supporters and protesters. Supporters seemed to make up the majority of the crowd as “Make America Great Again,” “Women for Trump” and “Drain the Swamp” signs waved throughout the completely-full arena, which seats 11,000. 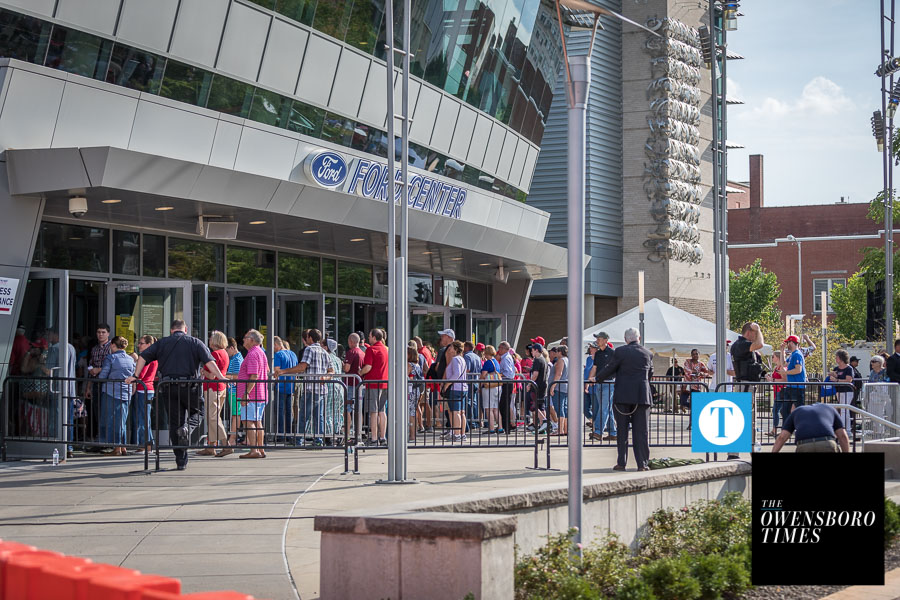 Part of Trump’s appearance focused on endorsing Republican U.S. Senate candidate Mike Braun, whom Trump called a “very successful businessman,” adding that “it’s really what our country needs,” earning laughter from the audience. Braun spoke at the podium, after being applauded by Trump for his success.

“When someone says you can’t do something, it causes us to work even harder,” said Braun.

“This man makes promises and keeps them,” said Braun of Trump. “He needs a true ally–not someone who says one thing in Indiana and does something different in D.C.” 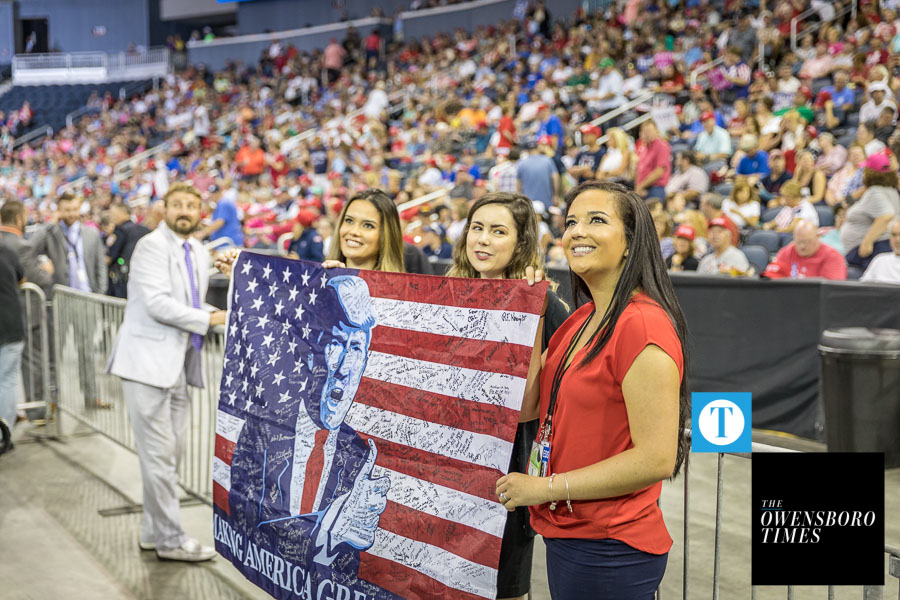 Braun was referring to current Indiana Senator and Democrat, Joe Donnelly, whom both Trump and Braun spoke against for voting against the Republican party on numerous issues.

To this statement, the crowd began chanting “Joe’s gotta go,” bringing a smiling Trump back to the podium.

Trump said the slogan for his 2020 campaign is “Keep America Great” as America is undergoing a revelation. He said Joe Donnelly had been rated “least effective,” according to the Center of Effective Learning. This earned boo’s from the crowd, especially when asked if Donnelly was the Senator they wanted representing them.

“He voted ‘no’ on repealing and replacing Obamacare,” said Trump. “Donnelly voted to open up those borders and let them all [illegal immigrants] in. He voted for liberal Obama judges who want to take away your second amendment.”

“We no longer have the majority,” Trump added. “We need more Republicans in congress.”

Not an untouched topic for Trump, he repeatedly spoke about his negative stance toward Democrats, liberals and the media. He called the media out for being “fake news allies” and said liberals were “best friends” with the media.

“I have a much better education than they do [reporters]. I have a better everything,” said Trump. “I’m President, and they’re not.” To this, the crowd broke into applause and began directing negative phrases and gestures toward the media pit.

“The Democrats are obstructionalists,” Trump said. “The most remarkable thing about the Democratic party is how undemocratic they’ve become. We’re getting rid of those bad ideas one by one, and it’s driving them [Democrats] crazy.” 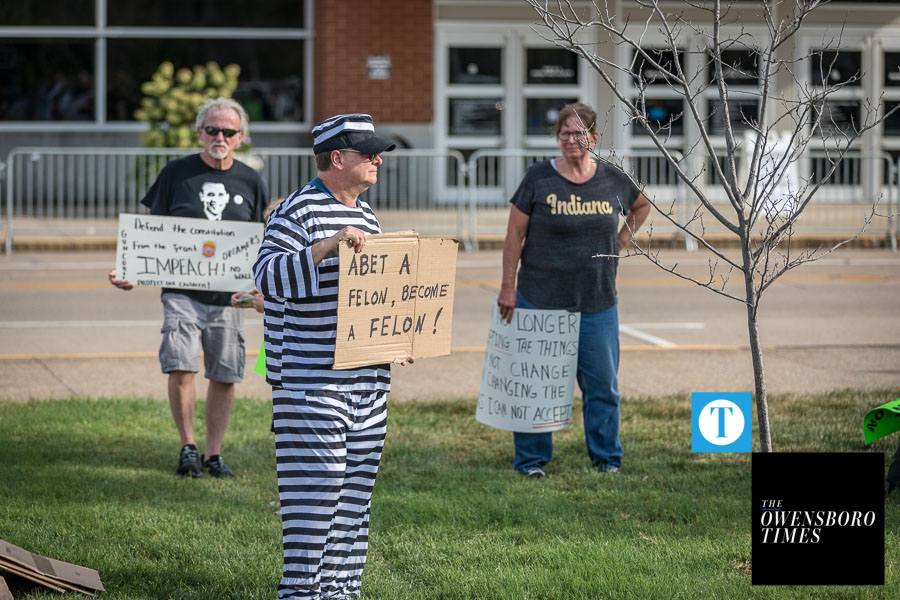 Trump spoke about border control, calling the issue the “center” of upcoming elections. He told the crowd that the wall he’d promised to build in defense of illegal immigrants had begun the building process in San Diego. He said that Democrats were the cause for the slow start and progression of the wall.

“Democrats want to create borders in other faraway lands but, in America, Democrats are willing to let illegal immigrants pour in,” said Trump. “It’s like pulling teeth to get the money from these Democrats. We want stronger borders.”

In Trump’s support of Immigration and Custom Enforcement (ICE) he again blamed the Democratic party for the illegal immigrants currently residing in the U.S.

“We have some really bad people allowed into this country under Obama, and we’re getting them out,” he said. “I can’t say ‘animals’ anymore because Nancy Pelosi got very angry last time.

“A vote for Democrats in November is a vote to leave Americans in the hands of hardened criminals,” he said.

As for jobs, Trump pointed fingers at the Democratic party for bad leadership in bringing jobs to the U.S. “But not this leadership,” he said. “We’re bringing them back. We’re going to drain the swamp.”

When discussing the improvements to the economy, Trump said unemployment in America is at its lowest for non-graduates of high school, African Americans, Hispanics and Asians. Trump joked that women would be unhappy with him because their unemployment rate had reached its lowest rate in 65 years, but not the lowest of all time.

“America is winning again. America is being respected again,” said Trump. “Thanks to our very strong trade policies, we have a $750 million investment in Gary, IN. We’re canceling Obama’s anti-coal, clean power plan, which is good for this area.” Trump said he was a supporter of blue-collar workers and that Indiana needed to keep their coal-mining jobs to better their economy. 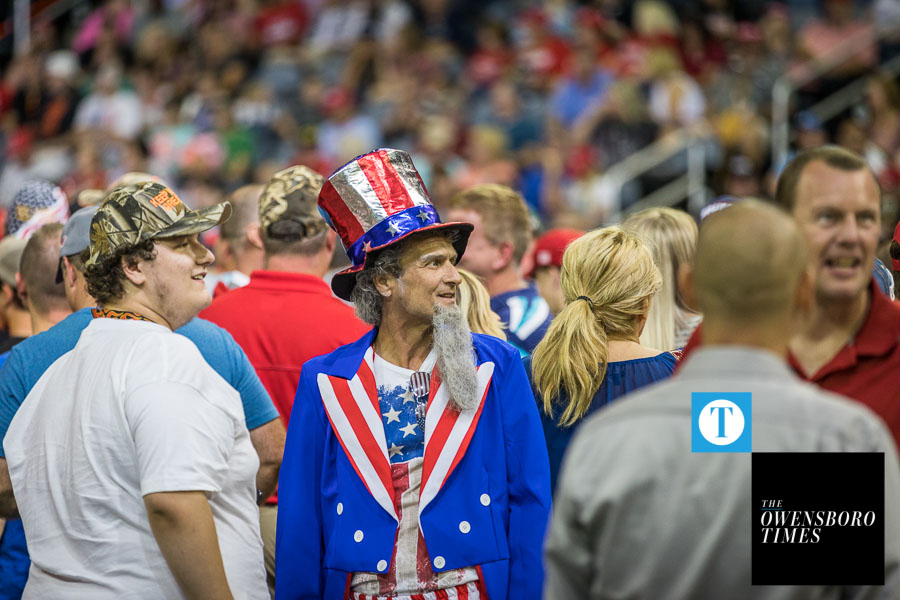 Trump also said taxes were lower in Indiana than they’d been in years, saying Indiana families had saved $5 billion in taxes in the last year.

“I’m just saying, something incredible is happening in our country,” he said. “This is a movement this country has never seen before.”

Home » News » Trump rallies base; lashes out at opposition