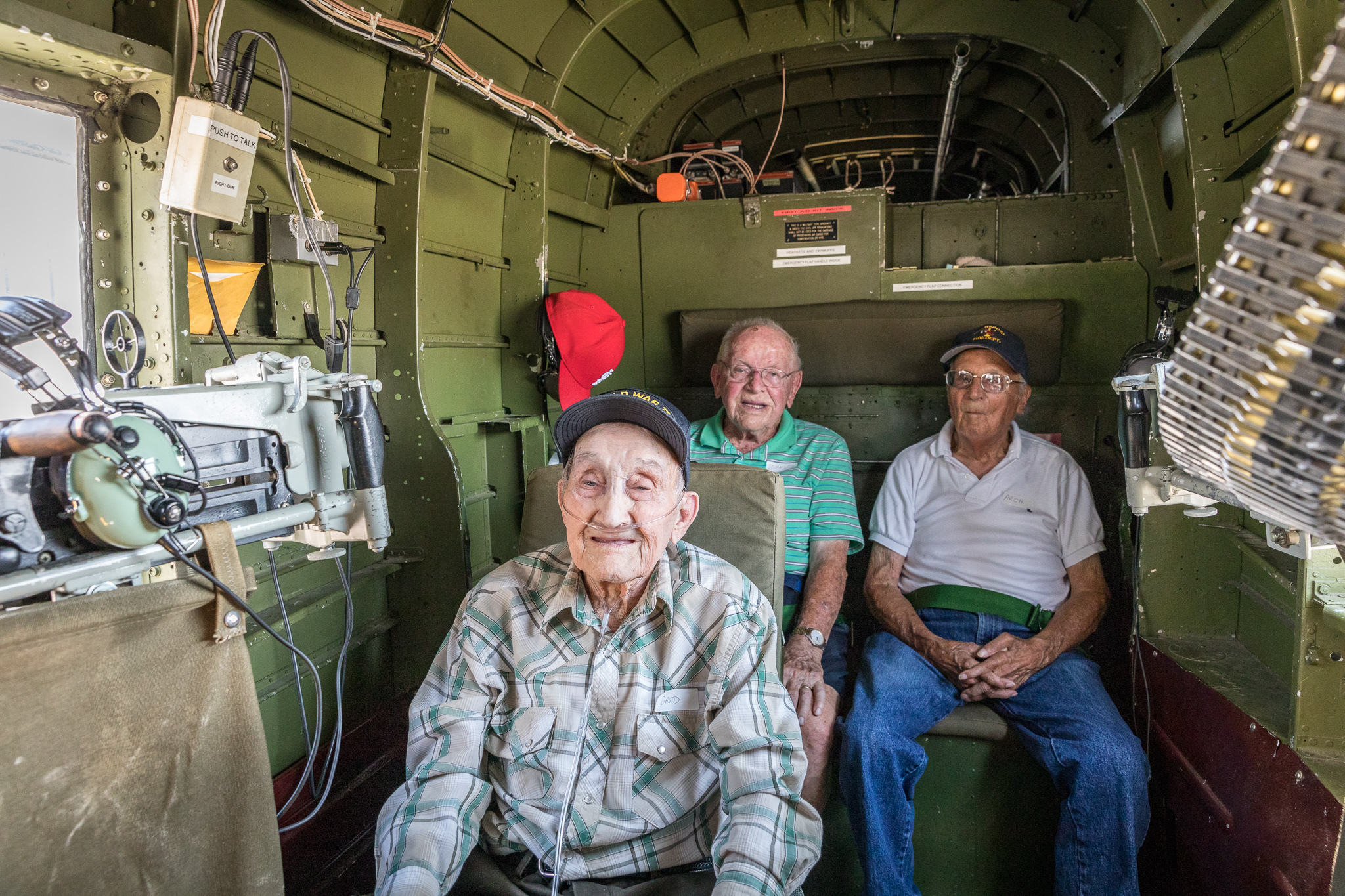 David McEunn, a 97-year-old Army veteran from Owensboro, might be the happiest man in the tri-state today.

For the first time since serving in the Army, McEunn was given the chance to live his long-awaited dream of flying in a B-25 Mitchell bomber plane. Honor Flight, Bluegrass Chapter, made this dream a reality. The non-profit organization was created to honor America’s WWII, Korean, and Vietnam veterans for all their sacrifices. McEunn, a World War II veteran who served three years in the Army, is still able to recall the events of D-Day in 1944, and has always dreamed of flying in a B-25 Mitchell.

“He’s real excited,” said Deborah Baker, McEunn’s daughter. “A couple of years ago, we took him to the Owensboro Air Show, and he kept talking about wanting to ride on one of these planes. He’s talked about it for a long time.”

McEunn is a Hospice patient who has received care at his home over the last two-and-a-half years. Although McEunn receives care from Hospice, his liveliness was apparent. He hugged his great-grandchildren and chatted with those who surrounded him, who were asking him questions about his days in the military and whether he was nervous or excited for his flight.

“I can’t wait. I’ve waited too long to do this,” McEunn said with a smile.

According to a representative from the Honor Flight, Bluegrass Chapter, McEunn is the first Kentucky Hospice patient he’d seen fly on one of the B-25 bombers. Though it might have happened sometime in the past, the representative said he hadn’t seen it in his six years working for the organization.

Four other veterans flew with McEunn, including two more 97-year-olds and a 95-year-old, all of whom served in World War II. The fourth veteran was Vietnam veteran, Richard Crabtree, of Calhoun.

The Honor Flight took place at the Owensboro-Daviess County Regional Airport, which was filled with family members and supporters of those who flew. As McEunn sat in his wheelchair, with his oxygen tank beside him, his age and condition didn’t seem to phase him. For the hour leading up to his flight, McEunn watched his plane sit on the runway, smiling out the window in anticipation for his 30-minute flight.