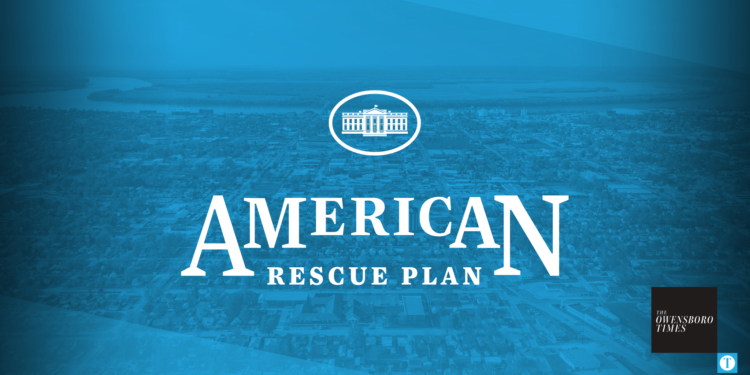 The City of Owensboro is set to receive $13.3 million from the American Rescue Plan Act (ARPA), while Daviess County Fiscal Court already received $9.85 million from the federal relief funding. Both local agencies are still discussing how they can spend the money.

The City is expected to receive $13,324,175 in total — half of which will be received later this month, according to City Manager Nate Pagan.

“While some guidance has been issued, it is still relatively sparse,” Pagan said. “Hopefully, additional information about the use of the funding will be forthcoming.”

Pagan said the board of commissioners would be briefed about the best ways to spend the money during the city’s June work session.

Fiscal Court officials said Thursday the $9,858,661 allocated Wednesday to the county government is half of what is expected to be received through the federal program.

According to County Treasurer Jim Hendrix, the county will receive the second half of its allocated funding next year.

County Commissioners approved transferring the money from the general fund to the new ARPA fund.

According to Judge-Executive Al Mattingly, it was going to take some time to determine how that money would be spent.

“It’s going to be a while before we even start looking at how we’re going to spend the funds,” he said. “There are 157 pages of guidance we received. I went through it the other day. I’ve asked the treasurer to do an executive summary of the things we can and can’t do.”

Hendrix said Fiscal Court had until 2024 to commit the money, though it didn’t have to be spent by then.

“We’ve got some time,” Mattingly said.