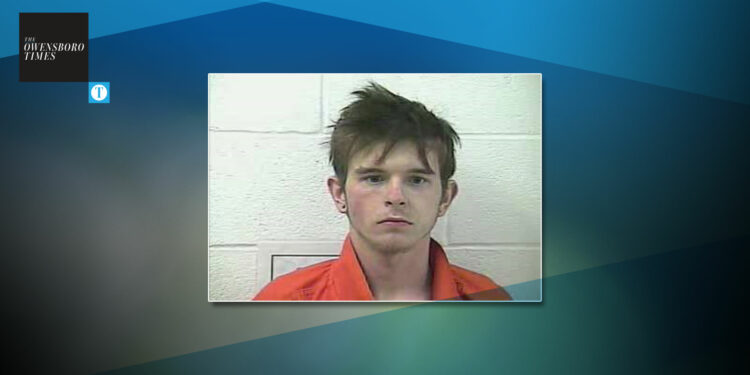 Isaih B. Blair, a 19-year-old Owensboro man, led state troopers on a high-speed pursuit before crashing into a ditch Wednesday night, according to Kentucky State Police. Blair was arrested and is facing several charges related to the incident.

According to a release, a KSP trooper was patrolling U.S. 60 East at approximately 8:30 p.m. when he observed a tan Cadillac SUV traveling at 90 mph in a 55 mph zone.

The trooper attempted to conduct a traffic stop on the Cadillac; however, the driver failed to comply. A pursuit was initiated and the suspect fled by increasing his speed and turning off his headlights, according to KSP. T

he suspect then turned onto Iceland Road where he failed to see a “T-intersection” and crashed into a ditch. His vehicle came to final rest on railroad tracks.

The trooper was able to take the driver into custody without further incident.

The operator was identified as Blair, and he was arrested and transported to Daviess County Detention Center in Owensboro.

Blair was charged with the following offenses:

Citizens can contribute to highway safety by calling KSP toll-free at 1-800-222-5555. Citizens can call to confidentially report impaired drivers or any criminal activity.

You may also download the free KSP mobile phone app. The app provides quick, direct access to KSP including weather, road and traffic information as well as text, voice and photo tip capabilities to report criminal behavior. The app is available for iPhone, iPad and Android applications and can be easily downloaded free of charge through Apple and Google Play stores.

Home » News » KSP: Owensboro man arrested after pursuit, driver was traveling 90 in a 55