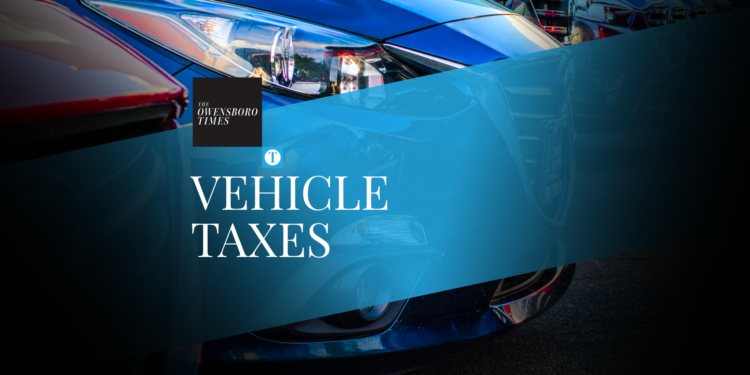 Your vehicle tax bills are likely to increase this year. Contrary to claims on social media, it’s not because of an increased tax rate. Instead, the “dramatic change” in the used vehicle market has caused the value of some vehicles to increase — as much as 40%. But there are ways for citizens to try to lower what they owe, and legislators are actively working on a bill addressing the issue.

The Finance Cabinet and Administration Cabinet sent out a memo last week regarding the vehicle valuation increase. The new assessments were compiled by JD Power and “reflect the unprecedented rising value of most motor vehicles.”

According to the memo, “the 2022 valuation increase for vehicles compared to the same time last year is up approximately 40 percent.”

Jill Midkiff, Director of Communications for the state’s Finance and Public Administration Cabinet, stressed in an email Tuesday that while people may owe more on their taxes, the tax rate has not increased.

“Typically, vehicle values go down over time, but the current limited supply and high demand has caused the value of some vehicles to increase,” Midkiff said. “This is happening across the nation, not solely in Kentucky. The dramatic change in the used vehicle market due to the pandemic has been widely reported in both the state and national news since 2020.”

Midkiff said the Kentucky Department of Revenue administers the state’s tax laws as they exist. Only the General Assembly has the constitutional authority to enact or amend law.

Daviess County PVA Rachel Pence Foster said the Department of Revenue puts values on vehicles at a state level using National Automotive Dealers Association (NADA) “clean trade-in,” her office can override those valuations by doing an assessment of the vehicle.

“If they have high mileage or if they have any damage, I need to document it,” Foster said. “I can assess the vehicle and override what the Department of Revenue put on it at a state level. If people want us to lower their bill, they need to drive the vehicle down so we can document mileage and damage. If they went to a dealership and got proof of trade-in or proof of value in writing, we can take a look at that.”

Pence spent Tuesday in Frankfort, where she said she was working with legislators in hopes of passing a bill to help taxpayers regarding their vehicle taxes.

House Bill 6, filed by Rep. Patrick Flannery, would require the Department of Revenue to use the “average trade-in” rate as the standard for motor vehicle valuation for property tax purposes.

This measure would prohibit the use of “rough trade-in” or “clean trade-in” values for standard motor vehicle valuation.

“The dirty secret is that the Department of Revenue has defined ‘average trade-in’ to mean ‘clean trade-in,’ which means the majority of automobile owners are paying more in taxes than the true condition of the vehicle,” Flannery said.

The bill would apply retroactively to motor vehicles assessed on January 1, 2022, and permit refunds for overpayments made in 2022.