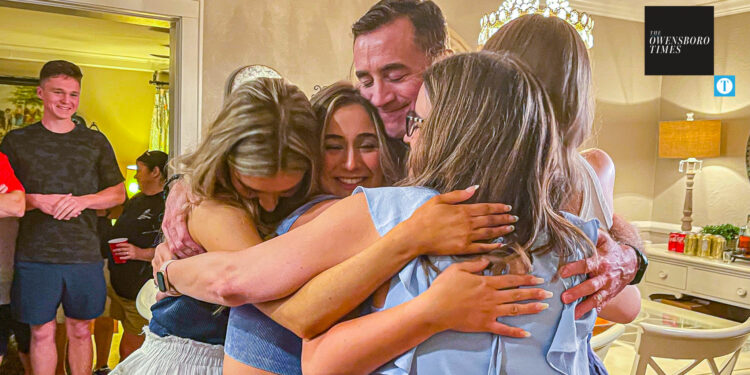 In perhaps one of the more surprising results of Tuesday’s Primary Election, political newcomer Chris Castlen beat out incumbent George Wathen and three other challengers and will serve as the next West County Commissioner.

Wathen was nearing 12 years in the seat. Castlen said being elected to the position is a reflection of the community’s desire to see change.

“This is democracy in action,” he said. “To beat an incumbent shows that the voters really wanted to get out and make their voice count. It means that our community is looking to make some changes.”

That’s just what he plans to do, and he’s got plenty of experience in roles that serve the community.

Castlen began his career as deputy jailer with the Daviess County Detention Center before joining OPD, where he retired in 2017. During his time as a law enforcement officer, Castlen served in multiple roles including patrol, detective, sergeant, lieutenant, member of the emergency response team and an instructor for many facets of the department.

He said it was his loyalty to his brothers and sisters in uniform that stirred Castlen to run for County Commissioner.

Following his retirement, Castlen began a second career at Owensboro Health in human resources. He remains an active member of the Fraternal Order of Police, Kentucky Law Enforcement Assistance Program as a Strike Team member, and the Marine Corps League.

Castlen earned a bachelor’s degree and master’s of public administration from Western Kentucky University. He also holds a graduate certificate in criminal justice education from the University of Virginia and graduated from the FBI National Academy.

Looking ahead, Castlen is ready to get started and be a voice for the people.

“I plan to do what the citizens have elected me to do,” he said. “Listen to their concerns and do what I can to help bring change.”