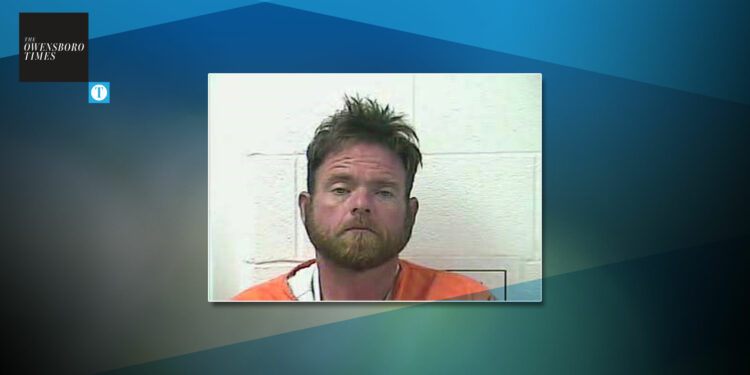 A 39-year-old Owensboro man is facing several charges after police allege he robbed a pharmacy then later attempted to flee from officers, according to the Owensboro Police Department.

According to a release, at approximately 5:13 p.m. Thursday OPD responded to 527 Emory Drive (Emory Center Pharmacy) for a robbery. A white male subject wearing a surgical mask entered the store and presented a note asking for prescription medication while indicating he was armed, according to OPD. Nothing was taken and the subject fled on a bicycle. No one was injured during this robbery.

Detectives responded to investigate and developed William N. Hatcher as a possible suspect. When officers located Hatcher later that day, he fled before ultimately being arrested, according to OPD.

At that time, he was charged with second-degree fleeing or evading police (second degree), public intoxication, second-degree disorderly conduct, and possession of drug paraphernalia.

Upon further investigation, detectives were able to confirm Hatcher was responsible for the robbery, and he was charged on Friday with second-degree robbery.