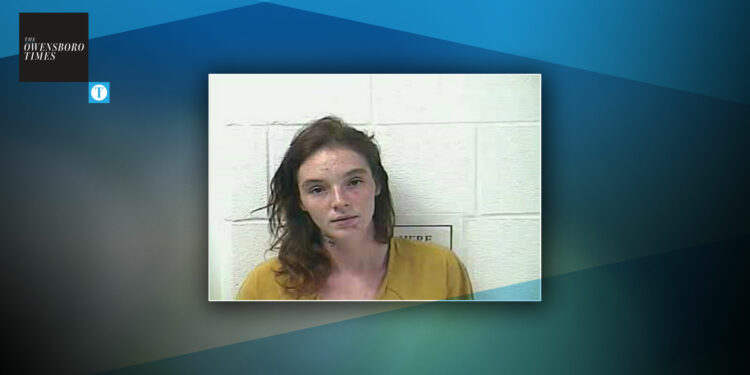 The agency’s vehicle has been recovered.

It is believed Eggleston is in a silver Chrysler 300 in the company of a black male. If you see Eggleston or the vehicle, contact 911 or the Daviess County Detention Center at 270-685-8466.

Original story (8:40 p.m.) — An inmate escaped custody Thursday evening while receiving medical treatment at the hospital, then stole a Daviess County Detention vehicle. Law enforcement is asking the community to be on the lookout for the inmate.

The inmate has been identified as Mary Lou Eggleston, a white female, 21 years of age, is 5’4” tall, and weighs 122 pounds. She was last seen wearing a hospital gown.

According to a social media post by DCDC, at about 6:30 p.m. Eggleston escaped while being treated at Owensboro Regional Health. During the incident, it was reported that inmate Eggleston stole a Black Dodge Charger bearing Kentucky registration KG7868. The vehicle bears the Daviess County Detention Center seal on the driver’s door.

Eggleston was being held on two failure to appear warrants.

Other police agencies were contacted for assistance. This investigation is ongoing.