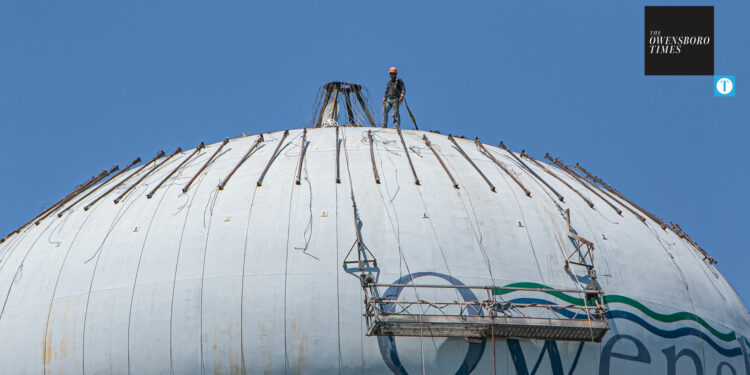 A two-man crew could be seen atop the storage tank Monday afternoon. The Frederica tank has a 1,000,000 gallon capacity according to OMU’s site.

For more than 100 years, OMU has provided water to the citizens of Owensboro. In all, more than 100,000 residents and businesses in the Owensboro and the surrounding area receive water treated by OMU.