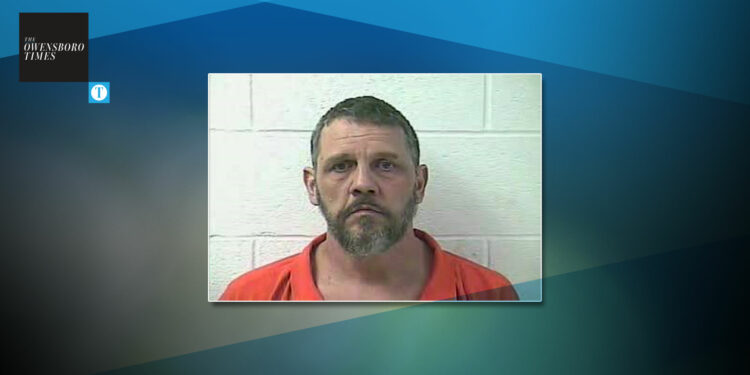 An Owensboro man was arrested Thursday night after barricading himself inside a home while a 4-year-old was inside, according to the Owensboro Police Department. The child was eventually removed safely.

According to a release, at approximately at 9:31 p.m. Thursday, officers responded to a residence in the 2300 block of Citation Avenue for a suicidal subject. Upon arrival, officers made verbal contact with the subject (James Bearley, 53) who refused to exit the home and speak with officers, according to OPD.

Further investigation revealed that a 4-year-old child was inside the residence after Bearley forced the biological parents of the child from the home. Officers were informed Bearley was intoxicated and possibly armed. Despite numerous requests, Bearley refused to release the child so officers could confirm the child’s welfare, according to reports.

After several hours, OPD crisis negotiators convinced Bearley to release the child. As the child exited the home, members of the Emergency Response Team were able to safely remove him from the area.

Following the child’s release, a search warrant was obtained and the Emergency Response Team began implementation of Armed Barricaded Subject Procedures. Bearley surrendered after a short period of time and was taken into custody.

Bearley was charged with first-degree unlawful imprisonment, endangering the welfare of a minor, and possession of a firearm by a convicted felon.

Home » News » OPD: Man arrested after barricading himself in home with 4-year-old inside