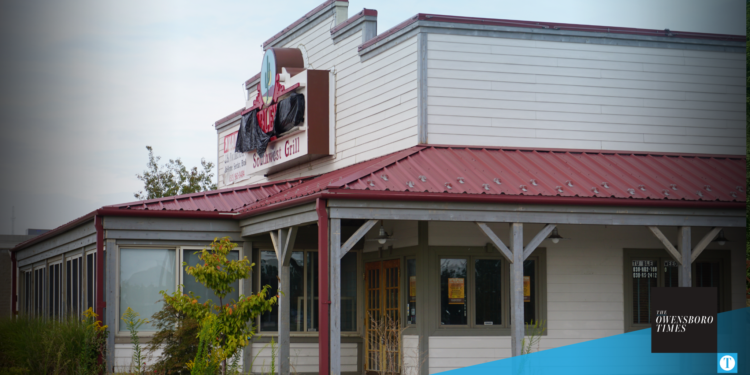 Tumbleweed Southwest Grill’s Owensboro location permanently closed in January 2014, and the building has sat empty on the south end of Frederica Street ever since — while several other restaurants and retailers have come and gone. So we want to know, what do you think it’s time for? Let us know in the comments below what you’d like to see in that building.

While there is no shortage of rumors about restaurants and what may or may not be on its way to Owensboro, there hasn’t been much chatter about the old Tumbleweed building.

The most recent restaurant news for that area includes the recent opening of a Chipotle Mexican Grill at 4911 Frederica Street in late June 2022, the permanent closing of Grandy’s (which had actually been closed since December 2021), and the current construction of a Chili’s (expected to open later this year) at 4500 Frederica Street.

Home » News » What’s it time for? Let us know what you think should go in the former Tumbleweed building