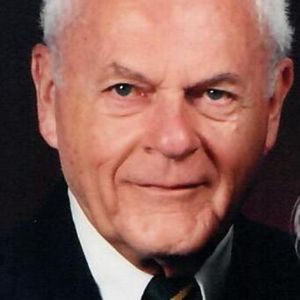 Maurice attended Whitesville High School before serving in the Army Air Force from 1945 to 1948. He graduated from the University of Evansville in 1952 with a degree in marketing and business administration. Maurice then worked for many years in the Ninth Street offices of General Electric in Commercial Sales Division. In 1976 Maurice and Clara opened Burton Realty where they both enjoyed working in real estate for many years. During the 1960s, Maurice was also a co-developer of Cedar Hills Subdivision.

The Burton family gives special thanks to the staff of Heartford House of Hospice of Western Kentucky for their exceptional care of Maurice over the past several weeks.

Memorial contributions may be made to First Baptist Church shut-in ministry or Hospice of Western Kentucky.

Memories and condolences for the family of Maurice Burton may be shared at www.glenncares.com