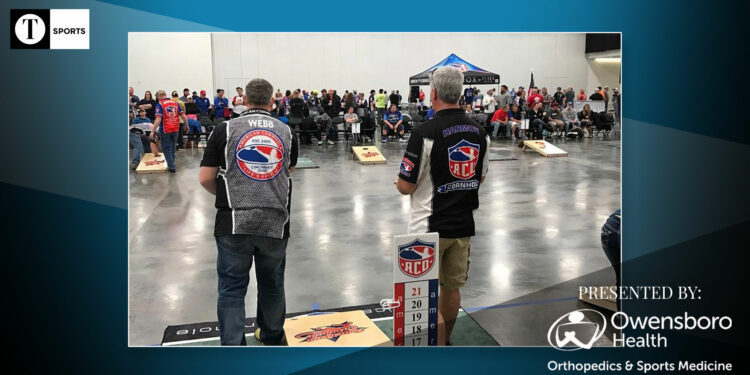 Fresh off being named one of the top 10 places in the nation to play cornhole by the American Cornhole Organization (ACO), Owensboro is once again hosting the ACO Major Championships this weekend at the Convention Center.

ACO is the official governing body of the sport of cornhole. The list of top playing destinations was compiled according to ACO membership and major tournament participation.

“As bags fly from hundreds of thousands of hands coast to coast, and likely millions worldwide, the ACO travels city to city to find the best players and the best people out there,” said Frank Geers, Founder and President of the ACO. “These are just the cities where we find them all. The sport and its players continue to amaze us all.”

Chris Gendek, Visit Owensboro Destination Development and Sports Management, said more than 320 of the nation’s top-ranked competitors from 15 states will come to Owensboro for this weekend’s tournament.

Laura Alexander, General Manager of the Owensboro Convention Center, said the event is successful year after year because “the amenities that Owensboro has to offer, including the walkable restaurants and adjacent hotels, provide an overall wonderful weekend for the players and their guests.”