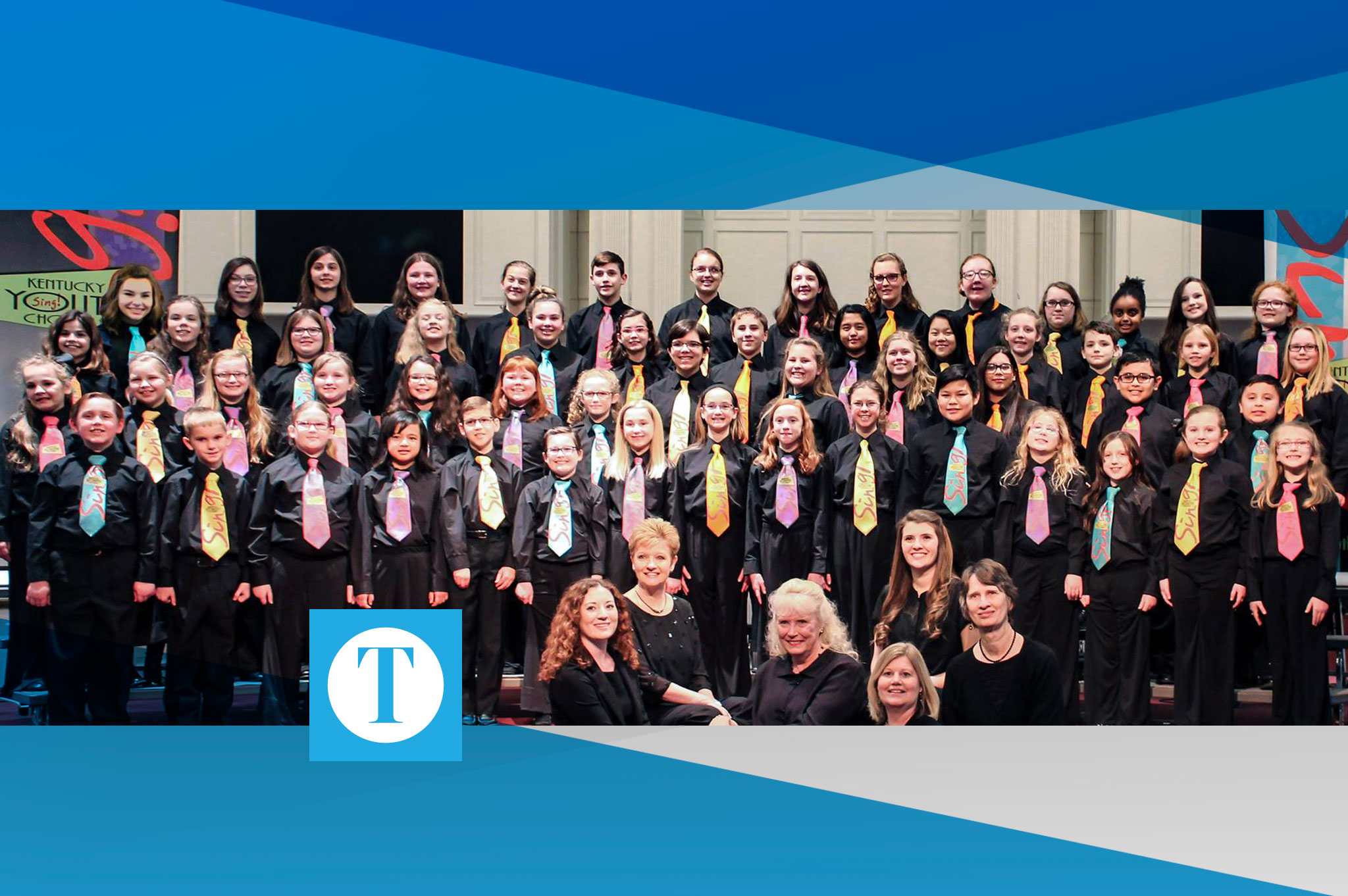 Ten-year-old Ellie Rue has never traveled outside of the United States before. The farthest Ellie has ever traveled is to New York where she performed in Carnegie Hall two years ago. Next July, Ellie has her sights on the Canterbury Cathedral in England, where she and the other members of the Kentucky Youth Chorale will have the opportunity to perform in the International Children’s Choral Festival, Canterbury & London.

This Saturday, Nov. 3 from 7-11 p.m. at the Hines Center in Philpot, the Kentucky Youth Chorale will present “Red, White & Blue Jeans: A Salute to Veterans” as one of several performance fundraisers.

While the performance is intended as a fundraiser, it is also meant to “promote awareness and appreciation for veterans who can attend the event.” Tickets for the performance are $25 a person, and veterans and active duty military are free with a military ID.

Included in the event are Emcee Brian Jackson, live music and DJ Doc Harris, heavy hors d’ oeuvres, a cash bar, and silent auction. Those that cannot attend the event are encouraged to donate to the Kentucky Youth Chorale to help cover the cost of travel, which is estimated to be close to $2,000 per child.

The Kentucky Youth Chorale began in January, 2008, through collaboration with the Institute for Young Musicians and the Owensboro Symphony Academy.

Students from all area schools and home schools audition for this select group, which is a musical ambassador for western Kentucky and the state.

Ellie’s mother Mendy said, over the last four years with the Kentucky Youth Chorale, Ellie has learned to harmonize, read music, sing in Latin and develop her musical skills.

“It is not a little children’s choir,” Mendy Rue said. “It allows kids that really like to sing to learn to develop their voice,” supporting the group’s belief that they are “ordinary children singing with extraordinary sound.”

Students in the choir have performed in many prestigious concert venues such as Carnegie Hall in NYC, Canterbury Cathedral in London, England, Cathedral de Notre-Dame de Paris, France, National Cathedral and JFK Center for Performing Arts in Washington, DC, and St. James Cathedral in Chicago to name a few.

Of the choir’s trip to England next year, Ellie said she is excited.

“It’s going to be amazing,” Ellie said. “I personally like to travel to new places outside of Owensboro and the Youth Chorale allows me to do that while doing something that I love to do.”