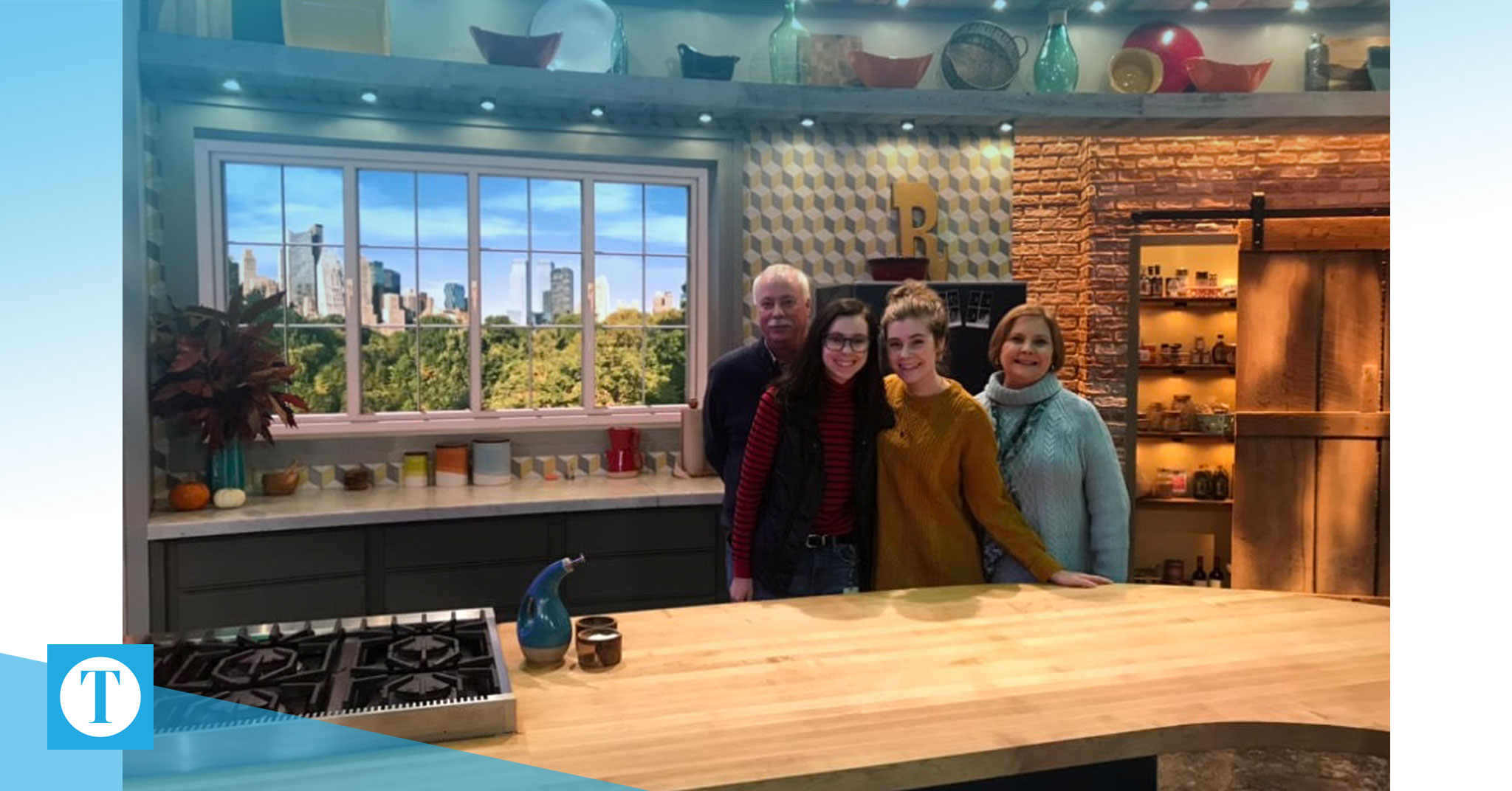 “I was so surprised and thankful when they agreed,” Rouse said.

After visiting the institute, Rouse knew it was the perfect choice, and began planning for life in the big city after her 2016 high school graduation.

“I am so grateful to be from a place that has given me countless opportunities to grow my talents,” Rouse said of Owensboro. “I’m thankful to my teachers at Owensboro Public Schools who were passionate about letting us explore our interests in and out of the classroom.”

Rouse said she was always interested in the entertainment industry, and since Rachael Ray’s studio is located around the corner from her school, she went to a few tapings.

“I wanted to get experience in TV production,” said Rouse. “I interviewed with the production assistant and was offered the job shortly after.”

Rouse has enjoyed interning on the show and she has been on twice as a “yummo,” which is the term the production team calls the interns who bring out gifts for guests or giveaways for the audience, according to Rouse.

“That’s a fun experience because they do [my] hair and makeup and [I] get to feel like a guest on the show for a few minutes,” Rouse said.

Rouse, who has watched Rachael Ray on TV since she was a kid, said it has been amazing to work on the show.

“I often wonder what my 10-year-old self would think if she saw me eating the food Rachael’s cooked on the show,” Rouse said.

She has been surprised to find out how much work goes into a segment that may only be five minutes.

“Shopping for a makeover segment may take a few days or finding a specific ingredient for a recipe might take hours to find,” Rouse said. “But seeing the segment [I] helped with on TV never gets old.”

Rouse has always been interested in the entertainment industry, but said she never thought she would be working for such a well-known TV show.

“My dream job changes every day, but after working for the ‘Rachael Ray Show,’ I know I want to stick with the TV industry,” Rouse said. “I love the creative atmosphere.”

In the spring, Rouse will intern at Late Night with Seth Meyers and is excited to work for NBC where she hopes to continue with her career after she graduates.

She is grateful for her opportunities and also to her family, who supported her “crazy dream of moving to New York City.”