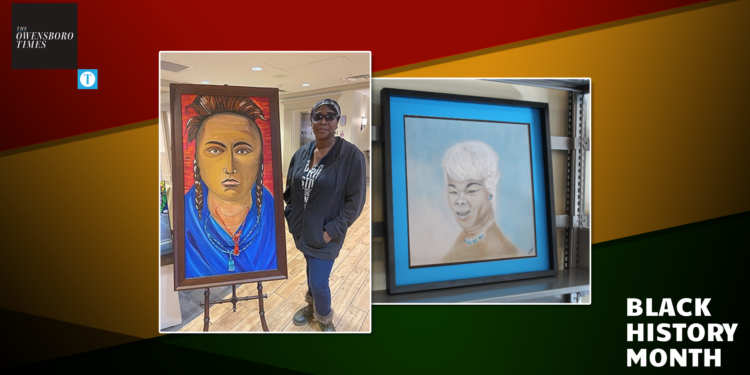 Leeza Dukes has been painting and doing visual art for many years. While traveling from Miami to New York for school, she noticed she had several opportunities to take her art to a larger audience.

Her style of art is a conglomerate of all the people she has seen during her years of traveling.

A man riding a bicycle. A guitarist at a show. Her favorite jazz artists.

When she arrived in Kentucky she noticed a bit of a culture shock when it came to painting among other Kentuckians.

“They wondered why I did not draw anything in my collection with cow, pigs, horses and barns,” Dukes said.

While she said she can happily paint the above, she notes her art is inspired more so by an attraction to the subject in their crafts.

While doing her work in town she noticed that several young artists in town did not have the same opportunities that she had when she lived elsewhere.

So much like her art, she stuck to her own brand and created a platform for them to showcase their work.

And not just visual artists.

She grabbed poets, interior designers, designers, photographers, and other artists.

“This is what I’m doing from now until forever,” Dukes said. “I want to give back to the young artists and help them out to learn how to get this stuff to work.”

Their work is going to be displayed across the city at the Independence Bank, H. L. Neblett Community Center, Daviess County Public Library along with a few places outside the city as well during the month fo February.

This started last year to give them the chance to showcase on a larger scale.

She said a lot of the people that have been through the showcase likely wouldn’t have been able to be at that level any other time.

As to why this was for all forms of artists, she said that practicing art all boils down to one thing.

“It’s doing what you like to do and enjoying it. Whether you’re singing, dancing, painting, just being you and expressing yourself and who you are,” she said.

Home » Entertainment » Art » ‘This is what I’m doing from now to forever;’ Leeza Dukes builds a platform for artists of color 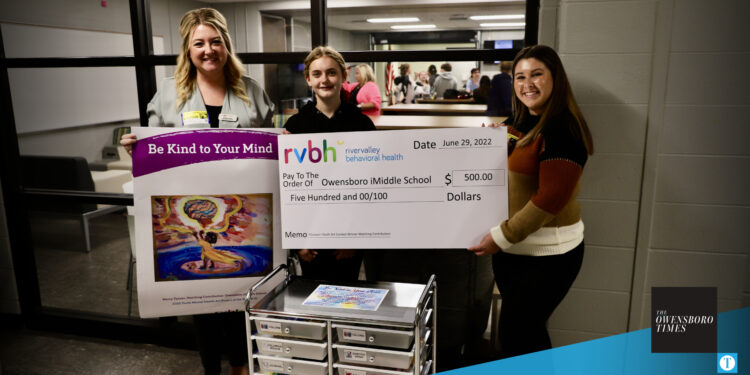