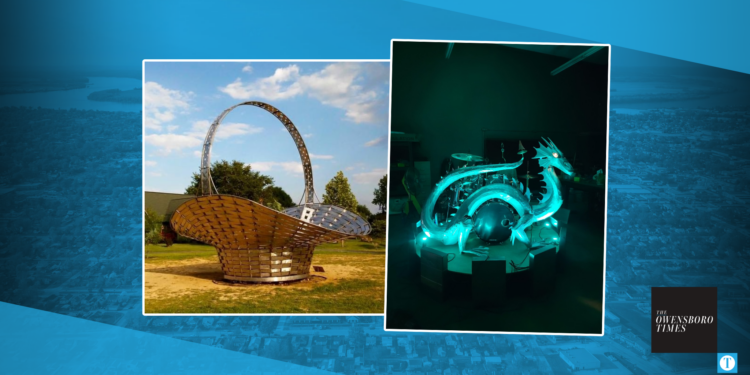 Darin K. Evans did not begin his career as a blacksmith in the usual way, so it is no surprise that his most recent project was from a 20-year-old design.

Evans has always been interested in music and the staging of the equipment. He designed his fantasy drum rack — a dragon — more than 20 years ago. At that time he was not a metal worker, but he spent the years since then constantly browsing drumming magazines to see if anything had been created like the drawing he had done so many years ago.

“I would go to bookstores and search and pray no one had thought of it,” he said.

Finally, he had the chance to create his original design and showcase it at the Music City Drum Show at the beginning of July.

When Evans designed his masterpiece, he did not have the necessary skills to bring it to fruition, but that quickly changed. After leaving the Navy, Evans returned to Owensboro and enrolled in welding classes at the local vocational school on a GI Bill grant. He was grandfathered into the welding program and became the only recipient of a three-year welding technologist diploma, which he said translates to a bachelor of science degree in welding.

“Then began a six-year intensive employment education in a few major fabrication and field crew jobs, including building dredges, boilers, coal mine equipment, cranes, giant presses, hydro-pneumatics, laser and plasma tables … the list is very long and distinguished,” Evans said. “I’ve been fortunate enough to have worked with a few geniuses in the field for long periods of time. Very generous, patient people who were kind enough to share their hard-won knowledge with me.”

In 2004, Evans was a full-time resident at Gallery 412 in Owensboro where he honed his skills and met interested parties. Soon he had a wait list for meetings and projects.

“Every portion is then designed and carefully handcrafted and fabricated, from conception to installation,” Evans said.

Evans showcases his work on his Facebook Page named “D Blacksmith Metal of Honor.” His work includes the Art Deco Balcony, titled The Big Ticket on the Capitol Theater in Clearwater, Florida; and the world’s largest woven, stainless steel flower basket, titled A Bouquet for Marjorie, which includes a supplementary kinetic sculpture, The Big Metamorphosis, a 7-foot, wheel-operated butterfly at the Western Kentucky Botanical Garden.

The basket took more than a year from concept to completion and the name honors Marjorie Hager. Evans spent over 2,800 hours on the 18-foot, 3-inch basket.

“It breathes smoke and its eyes light up,” Evans said, adding that Jimmy Kidd of Tranquility Lighting made that possible.

Evans said that true to his sense of humor, the dragon also “farts” smoke.

“I love whimsy but everying has to be kinetic,” he said.

The fantasy dragon drum rack will begin a tour with artists interested in using it in videos, and Evans is already considering his next drum rack and he has goals for designing a whole stage – including a microphone stand and other metal pieces.

Evans said that he has learned from past mistakes of reveling in the glow of past projects, and while it is an amazing business, he cannot return to just making railings and smaller projects.

“I’m so humbled and blessed,” he said. “I sometimes wonder how I can possibly pay back all the kindness, generosity and help that I have received along the way. I just try to pay it forward and keep making the world more beautiful one piece at a time.”

To see more of Evans’ work or to contact him for custom pieces, visit his Facebook page.

‘ART is POWER’ exhibition by Schartung on display at OCTC through Oct. 21 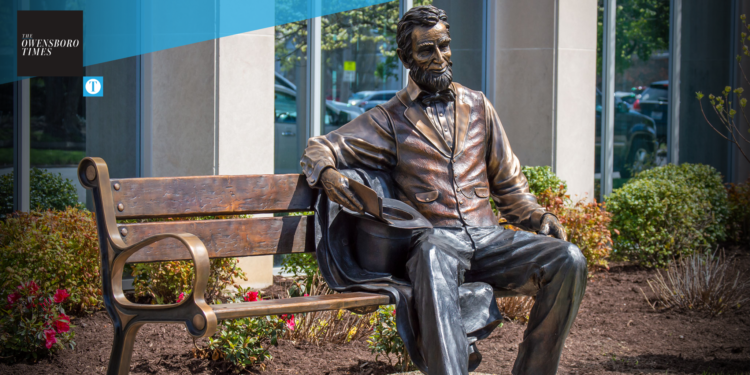 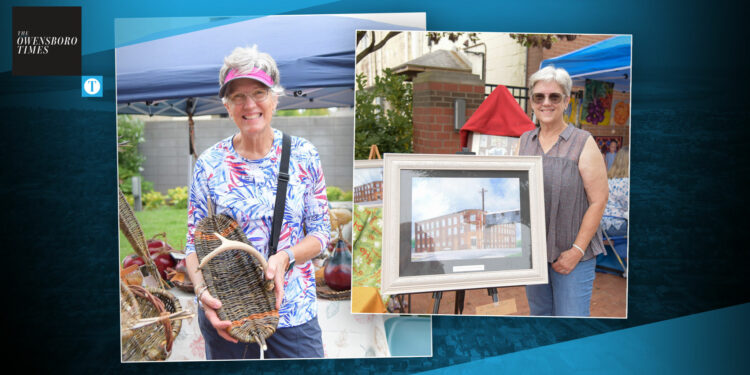