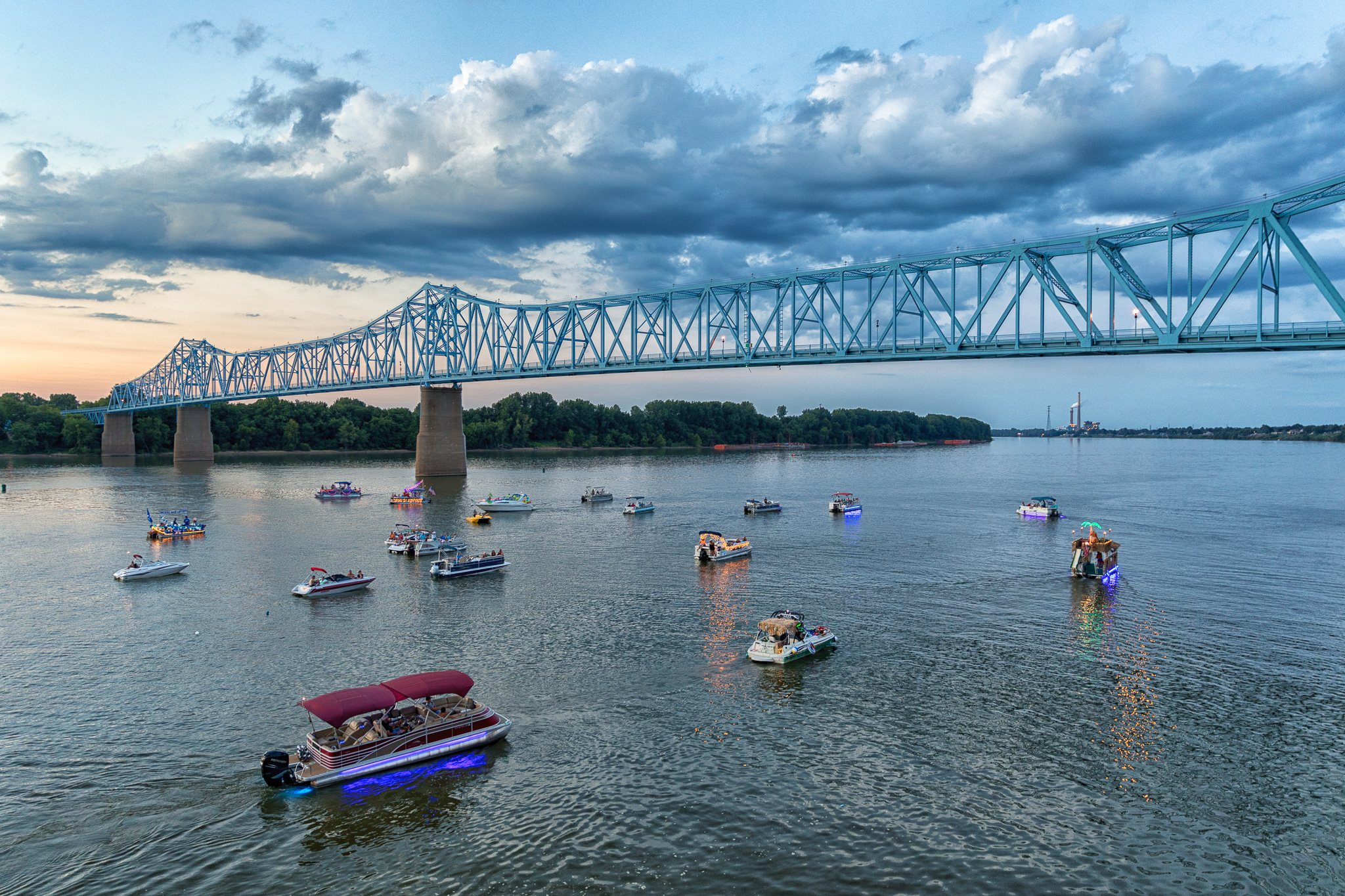 Ahoy on the Ohio, a boat parade of sorts in which people compete for best decorate boat, took place Friday, July 27, as a part of Friday After 5 festivities. The top three winners received a gift card to Kroger, but first place also won an Ahoy on the Ohio trophy.

“Friday After 5 would love to see it become a competition between organizations next year,” said Teresa Thomas, Executive Director of Friday After 5. “We plan on keeping the boat parade as a street fair theme for years to come but we have plans to really grow it!”

Home » Entertainment » Events » Ahoy on the Ohio parades down river