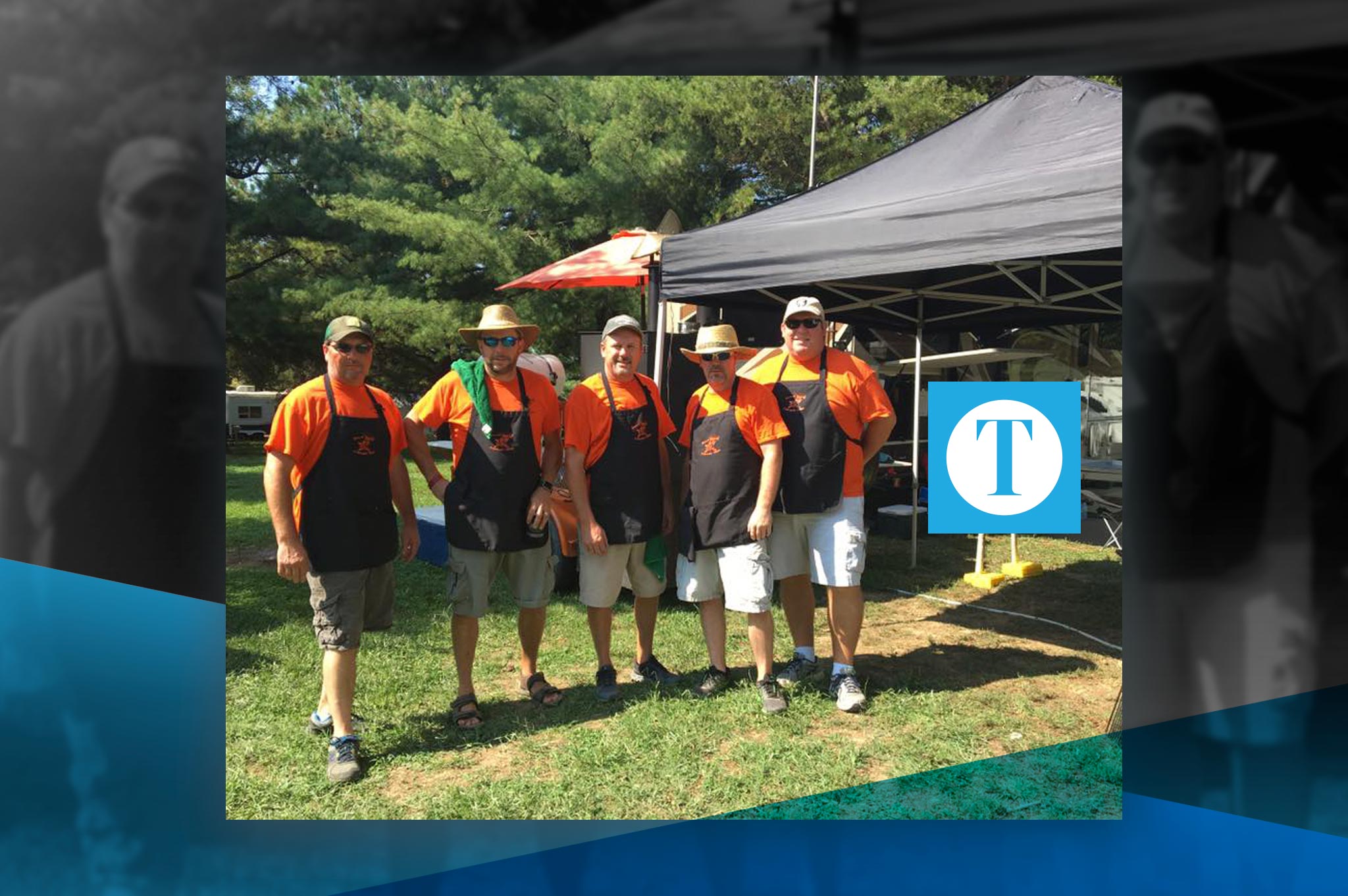 If you walk outside in Owensboro this Saturday morning, you just might smell barbecue on the breeze. If your mouth starts watering, follow your senses out to Diamond Lake Resort, where the 13th annual Grillin and Chillin BBQ Cook-off will be in full swing.

The cooking competition is an official Kansas City Barbecue Society event, where participating teams can earn prize money and points towards the season-long championship. Grillin and Chillin is also the Kentucky State Championship BBQ Cook-off and is one of seven events in the Jim Beam BBQ Bluegrass showdown.

Forty teams from as far away as Wisconsin and Florida and as close as Owensboro are gathering at the resort to compete in four categories: chicken, pork ribs, pork and brisket. $11,000 in prize money will go to the top five overall winners and the top ten winners in each category.

Bruce Kittinger, a member of the Grillin and Chillin committee, said proceeds generated from the entry fees ($250/team) and sponsorships will go to two charities: Operation BBQ Relief, which deploys to cook and serve meals in disaster areas, and Puzzle Pieces, an Owensboro non-profit that gives individuals with intellectual disabilities access to social and life skills opportunities.

Janice Smith, who owns the resort with her husband Brian, said they expect around 2,000 people to attend the event on Saturday. Nearly all of Diamond Lake’s 270 campsites, 10 motel rooms and five cottages were full as of Thursday.

While KCBS rules prohibit teams from selling their competition cooking to spectators, some teams cook additional food that they do sell. For $7, spectators can buy eight one-ounce samples of meat and then vote on their favorites. The winners will receive People’s Choice Awards.

“We added it because people were disappointed they couldn’t taste the meat,” Smith said.

KCBS representatives will judge the Grillin and Chillin event. Teams can be made up of any number of people and must turn their meat in at specific times: chicken is due at Noon, ribs at 12:30 p.m., pork at 1 p.m. and brisket at 1:30 p.m. If teams miss their deadlines by more than five minutes on either side, they are disqualified.

“It’s very serious,” Smith said. “Judges are certified. These are serious cookers. It’s like when you watch cooking championships on tv.”

Kittinger said the barbecue is completely different than what Owensboro residents will find at the International Bar-B-Q Festival each year.

“It’s dip-based down there and more sauce- and rub-based here,” he said. “They (Kansas City judges) like it kind of sweet, with a little heat.”

KCBS is the world’s largest organization of barbeque and grilling enthusiasts, with more than 20,000 members. They sanction more than 500 barbecue contests worldwide each year.

Kittinger joined a cooking team about three years ago and loves the variety of cultures he experiences at events.

“You meet a lot of different people,” he said, noting that some teams travel to events almost every weekend and have cooking rigs worth more than $10,000.

The event is not just about the food — it’s also about the organizations that will benefit. Operation BBQ Relief has served almost 1.8 million meals to disaster survivors in 25 different states since launching in 2011.

After opening six years ago in Owensboro, Puzzle Pieces currently serves 131 active clients with intellectual disabilities. Executive Director Amanda Owen said she and her family are camping at Diamond Lake for the first time this weekend.

“While I’m having fun with family and friends, I know it will go back to support Puzzle Pieces,” she said. “It’s another neat experience to shed light on the resources that will be out there in an inclusive community. I’m super excited.”

Officials will give awards at 4 p.m. in the resort’s theater.

“It’s just fun,” Smith said. “There’s a great camaraderie. These teams are competitive and secretive about their sauce ingredients, but they are great comrades…This is really is a great thing for Owensboro to be honored with this event.”