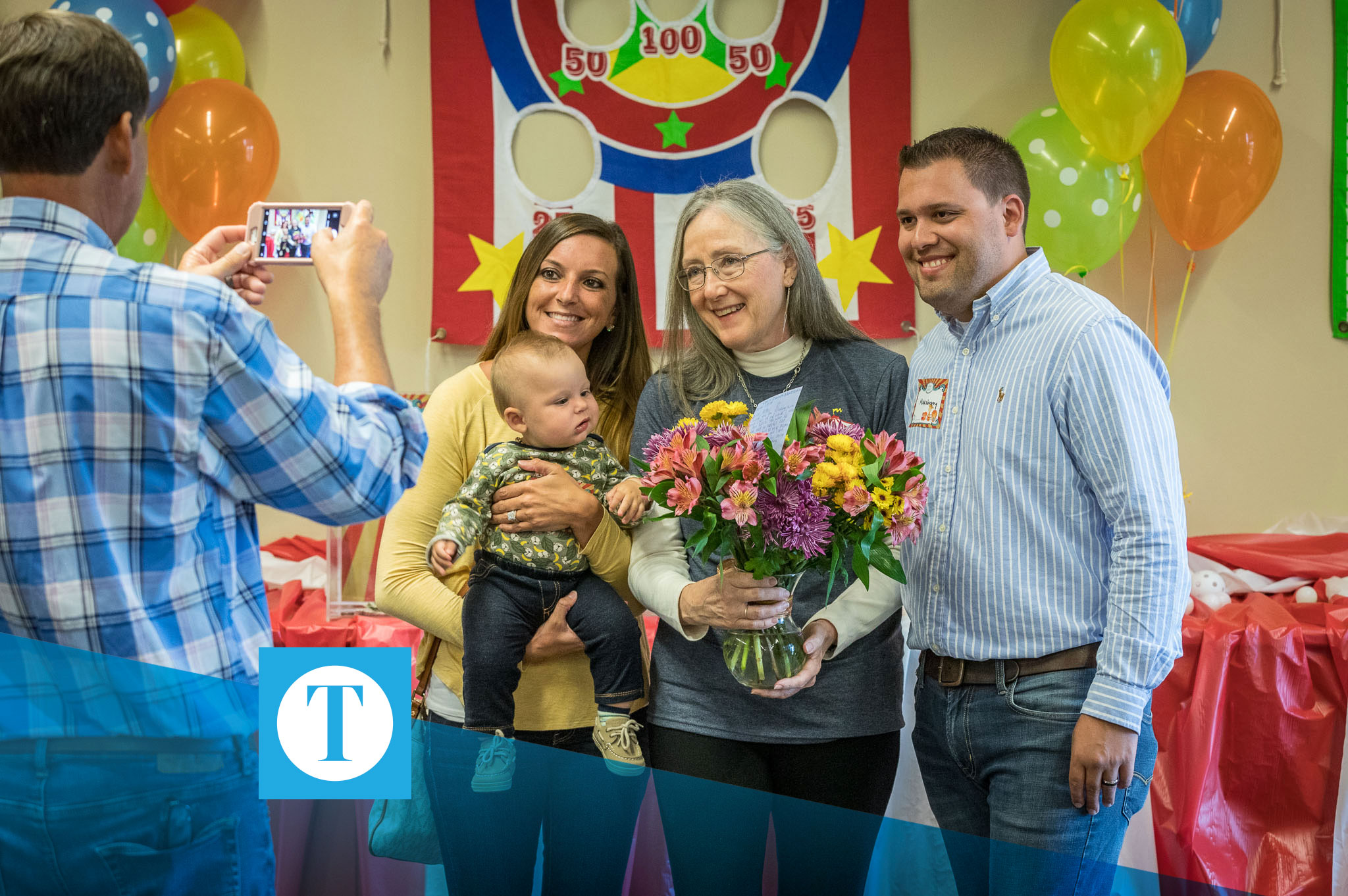 Owensboro Health Regional Hospital (OHRH) transformed into a big top circus for the 5th annual NICU (Neonatal Intensive Care Unit) Reunion, Sunday afternoon. The circus theme was found in everything from food items such as large pretzels and cotton candy, to a strong man competition and popcorn sack races.

The event invited families and their extended family who were served by the OHRH NICU to reunite with the physicians, nurses and support staff who had touched their lives.

The Owensboro Health NICU formally began in January of 2010, but it wasn’t until 2013, when they moved to the new Owensboro Health Hospital location, that they were able to have the space to hold an event of this magnitude.

For NICU and Nursery Manager of Nursing, Ashley Denton, this was a day she’d dreamt of since she was in college and cared for twins born prematurely at 27 weeks.

Denton said that there is a bond that forms between the staff and the families through the miracles that are experienced on the most important day of a family’s life, the birth of a child.

Amanda was placed on bedrest when she was 16 weeks pregnant. Colin was born at 37 weeks, weighing 5 lbs. 9 oz. and requiring additional care.

“They made us feel right at home,” James Marksberry said.

Amanda agreed and said Nurse Ellen (Marlowe), who has been a NICU nurse since 1983, held her hand and patiently taught her how to breastfeed. Amanda said it was Ellen’s compassion that made a potentially difficult situation better.

Despite the free food and family games, one of the experiences that the families looked forward to the most was to be part of the receiving line.

According to Communications Manager, Somer Wilhite, families will wait in line for extended periods of time in order to speak with the doctors and nurses that took care of their babies. Each of the babies that attends gets a NICU grad T-shirt and each of their doctors and nurses uses a Sharpie marker to sign it.

“We have two neonatal full-time physicians,” Wilhite said. “Between the two of them, they see every baby that comes through there.”

After counting all of the signatures from Sunday’s event, Wilhite said that 750 people attended this year, compared to 463 last year.

“This is the best day of the year for them [the NICU team],” Wilhite said. “They spend so much time with these families in tough situations. Seeing these babies come back happy and healthy with their family, it really is the best day.”

Owensboro Health reminds families to mark the fourth Sunday in September on your calendars every year for the NICU Reunion.