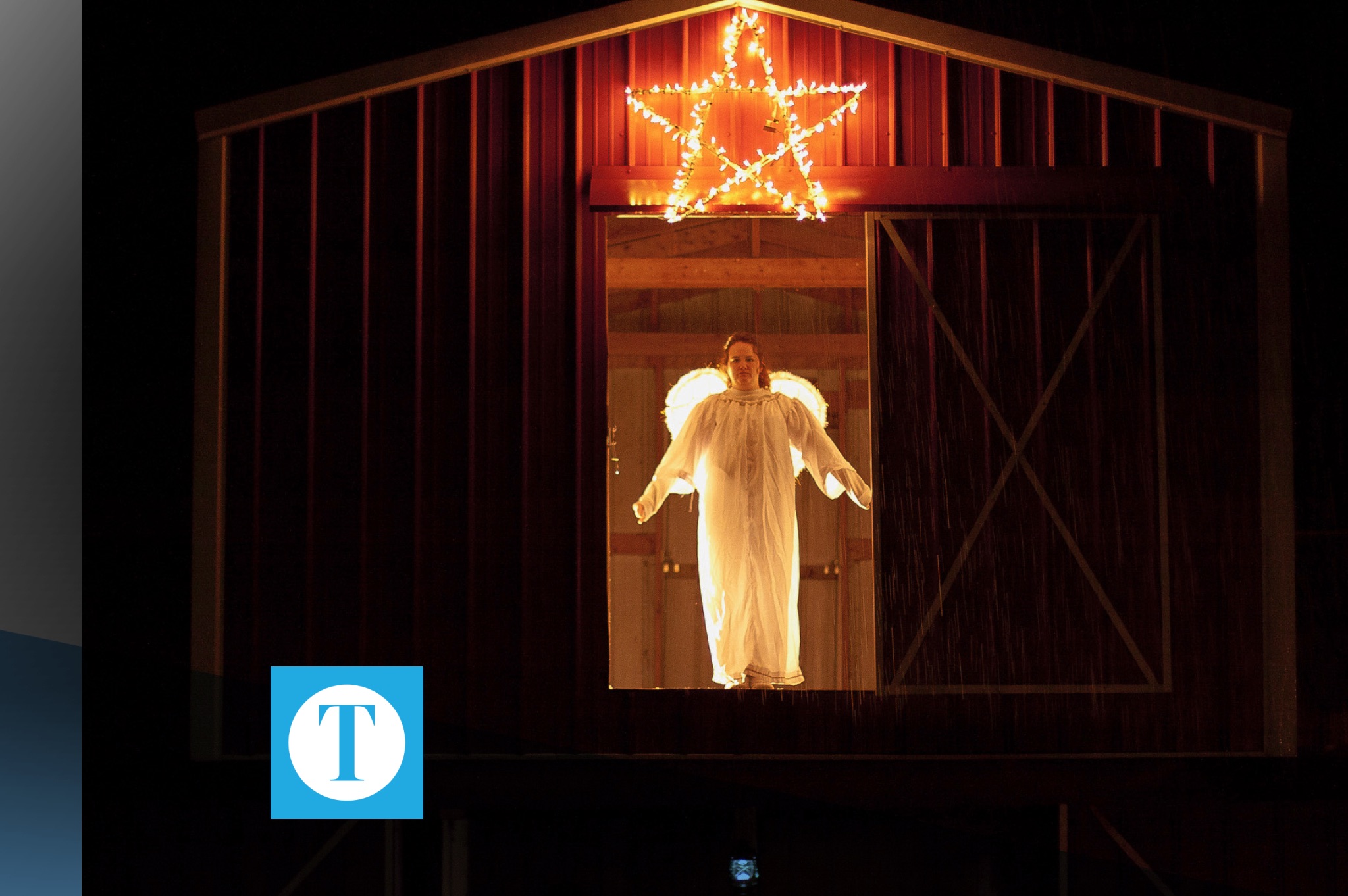 The live nativity includes an angel. | Photo courtesy of the Rhodes family

If you drive down Aull Road in Philpot on a dark, rainy night in December, you might very well miss the magic happening in a stable just back from the road. For two nights each year, the Rhodes family farm transforms into a humble Bethlehem stable as the extended family re-enacts the nativity scene described in Luke 2 in the Bible.

Family matriarch Juanita Smith created a live nativity scene a couple of times for her seven children when they were small. Their barn faces the road and works well for the public to come in, so she always wanted to re-enact the nativity again.

Now that they are grown with families of their own, the kids began the nativity reenactment back last year. Her 29 grandchildren play most of the roles now, and one of her great-grandchildren is baby Jesus.

“It may be our new tradition,” Smith said.

The nativity also includes a live Jerusalem donkey and four live lambs, an angel in the sky and three wise men complete with realistic gold, frankincense and myrrh.

Smith said she wanted her grandkids to realize what being born in a stable really means. The scenes they create are true to life – a wobbly baby lamb was born just a week or two ago. They begin the evening with a reading explaining the nativity as everyone takes their places.

“When Mary and Joseph walked up in the dark, the tears flowed,” she said.

Smith’s son Dr. Gayle Rhodes said the farm has been in the family since 1941. It’s still a working farm producing mostly grains, and the animals in the nativity are their own.

The grandkids organized their roles using Facebook messenger to communicate, and the event now has a Facebook page, Live Nativity: 2 Night Event. The family started the nativity for themselves, but word of mouth brought a few visitors last year. They are prepared for more visitors this year and are offering hot chocolate, coffee, popcorn and snacks to visitors.

The Rhodes family is warm and welcoming, the teenagers are happy and talkative, the adults are smiling. In their stable, shepherds stand watch over a manger, animals eat their hay and raise their young and visitors contemplate the true meaning of Christmas.

The Rhodes family live nativity runs from 6 to 9 p.m. tonight at 6885 Aull Road in Philpot.