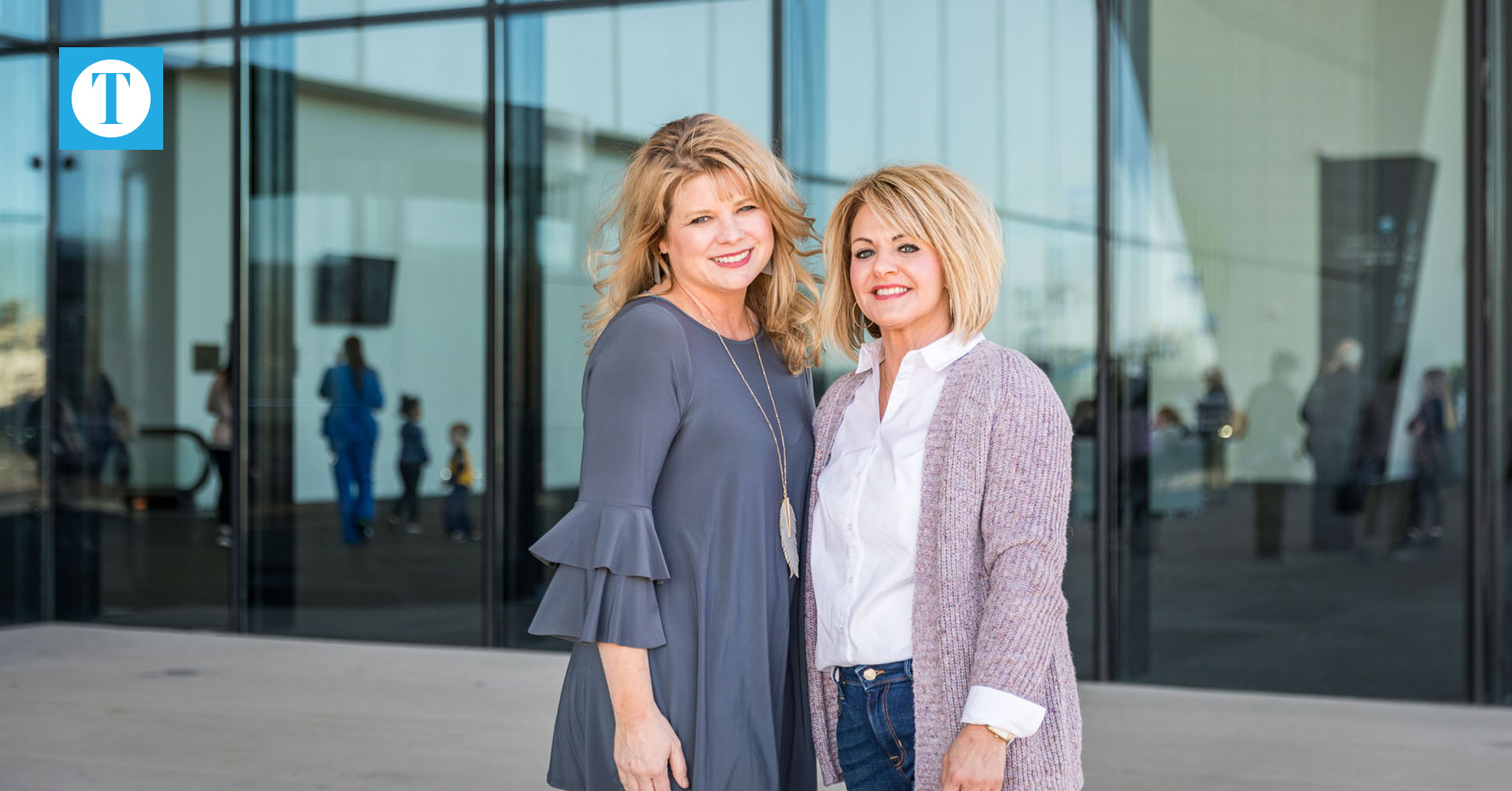 Each spring and fall, sisters-in-law Stephanie and Jennifer Higdon hold The Tot, the Teen, & the Wardrobe Consignment Sale. | Photo by AP Imagery

Each spring and fall, sisters-in-law Stephanie and Jennifer Higdon hold The Tot, the Teen, & the Wardrobe Consignment Sale. Months of planning, building racks, organizing volunteers and answering consignor questions are what allow the women to have a successful sale biannually.

The days of the actual sale are hectic and tons of work, but Jennifer and Stephanie, no strangers to hard work and dedication, wouldn’t have it any other way. In addition to co-owning the sale, Jennifer is also co-owner of Preservation Station in West Louisville, and Stephanie prepares property taxes for Boardwalk Pipeline Partners, where she has worked for 29 years.

But last month, Stephanie received some potentially devastating news. She was diagnosed with breast cancer.  Shortly after the diagnosis, discussions centered on whether this year’s sale should proceed, despite the battle Stephanie had ahead of her.  Stephanie decided that because the sale is so valuable to so many in the community, it “must go on!”

As usual, Stephanie has been heavily involved in the planning and preparation aspects of the sale, but she will be unable to work during the actual sale.

“We are going to persevere because so many people depend on us,” Jennifer said.

Shoppers can find like-new items at a fraction of the retail cost, consigners make money, and all items that are marked ‘Donate’ are given to Owensboro Christian Church to use and divide among a multitude of other local charitable organizations which make it beneficial to the whole community.

It might have been easier for Jennifer and Stephanie to decide to forego their spring-summer sale, but instead, they are attacking it with more vigor than ever before with the hopes of having their most successful sale yet.

The sale, which had been held at the Cliff Hagan Boys & Girls Club since its beginning, will now take place at the Owensboro Convention Center. This will allow more consignors to sell more items than ever before.

“Twice as much space costs twice as much.  But we are really investing in the future of the sale so that it can continue to grow,” Jennifer said. “Holding the sale at the Convention Center will offer so many more perks to shoppers, more convenient parking, a larger floor area (so items can be spread out and more visible) and larger aisles.”

With a larger space comes a greater need for volunteers. Jennifer estimates that at least 150  people are needed to set up the sale, work the registers, organize items on the floor, return wayward items to the proper areas, supervise the hold area and other tasks that are vital to a successful sale.

Volunteer perks include the opportunity to shop before the sale opens to the public.  The more hours worked, the earlier volunteers are allowed to shop, and, if they are a consigner, they will earn a higher percentage of items sold.

“I have been so excited to move the sale to the Convention Center, so I am a little weepy because I won’t be able to be there,” Stephanie said. “I just hope that people will really pitch in to help.”

Fortunately, due to early detection through 3D mammography, Stephanie’s cancer is contained and doctors believe that with surgery and radiation, they can offer Stephanie a high chance of curability.  Stephanie is choosing to maintain a positive outlook about her diagnosis.

“This is a bump in the road for me, and, while the timing is hard for me, one day I will be looking at it in my rearview mirror after fighting this battle,” Stephanie said. “God’s timing is perfect and the one thing I really want to stress is that early detection is so important.”