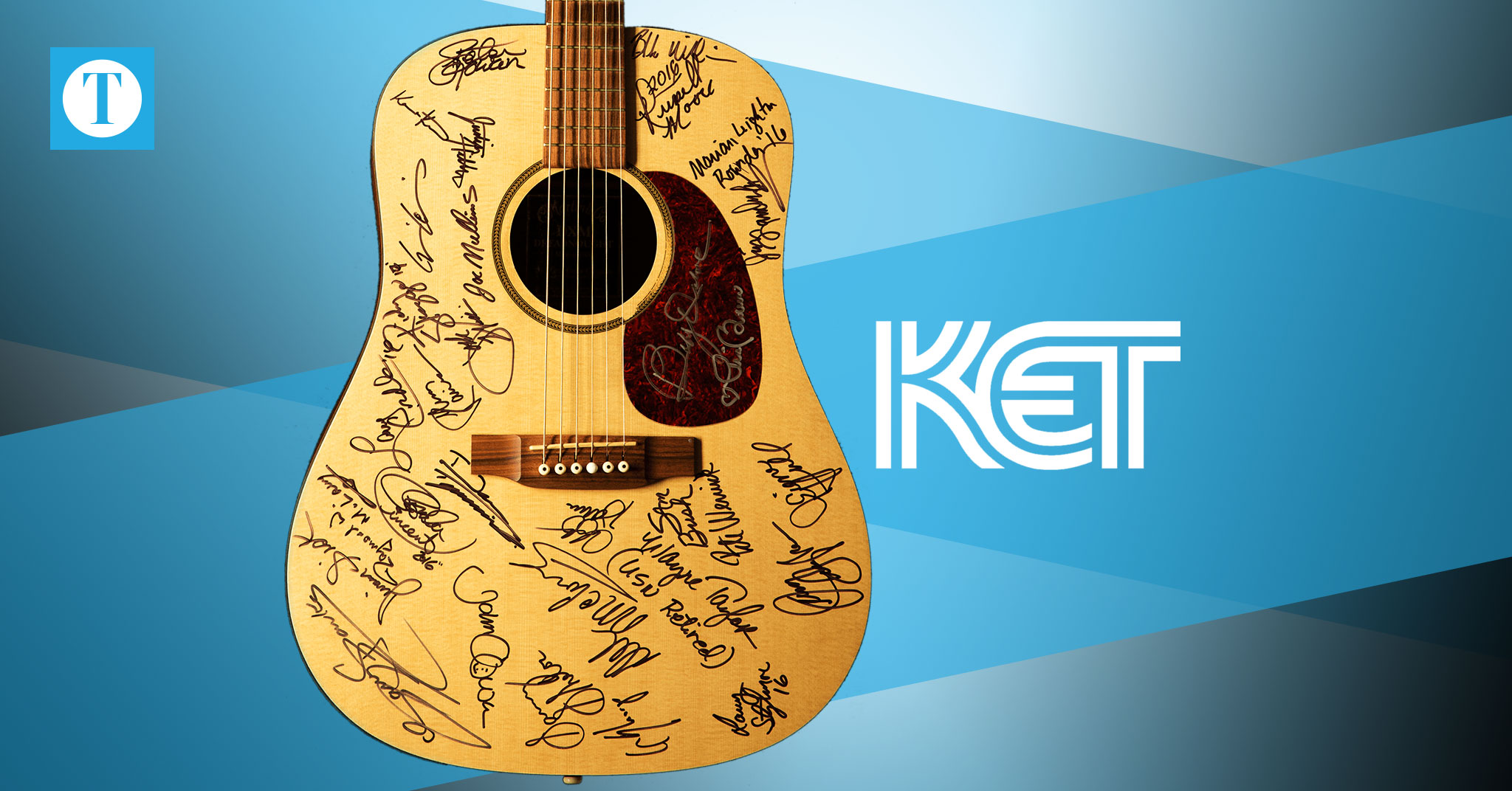 Kentucky Educational Television (KET) will debut its latest documentary “Big Family: The Story of Bluegrass Music” Saturday at the Bluegrass Music Hall of Fame and Museum. A guitar signed by all artists featured in the film will be on display at the Hall of Fame.

Kentucky Educational Television (KET) will debut its latest documentary “Big Family: The Story of Bluegrass Music” Saturday at the Bluegrass Music Hall of Fame and Museum.

The premier of the film at the Hall of Fame is the first of a seven-stop tour KET will hold across the state. KET Director of Marketing & Communications Abigail Malik said Owensboro was an obvious choice to debut the film.

“Kentucky is lucky to have a venue like the Bluegrass Music Hall of Fame and Museum, and no other place felt right for having a premiere for our documentary than there,” she said.

The event, which is free to the public, begins at 7 p.m. when Owensboro native Dan Griffith, the chair of Kentucky Authority for Educational Television, will kick things off. KET CEO Shae Hopkins and documentary producers, Nick Helton and Matt Grimm, will then introduce the film.

Malik said a few special guests will be making an appearance for the event, including Jerry Douglass, a multi-Grammy award winner and an original member of JD Crowe and the New South and members from The Earls of Leicester, who are performing at the Hall of Fame the night before.

The two-hour film is narrated by actor and bluegrass enthusiast Ed Helms. “Big Family: The Story of Bluegrass Music” was produced by KET for national distribution via PBS in August 2019. According to the film’s website, “it provides a comprehensive look at bluegrass music — what it is, key musicians who have shaped its sound, and its worldwide appeal. The film explores the evolution of the bluegrass sound through generations of musicians, from early pioneers to young contemporary performers.”

The Bluegrass Music Hall of Fame and Museum gets a mention in the film. Hall of Fame Marketing Director Carly Smith said the filmmakers were present during the facility’s grand opening.

“They felt that footage of the opening of the new Hall of Fame would be a great way to end the film,” she said.

Smith said Owensboro makes since as the premier location for a film about bluegrass music due to the strong historical and present day ties to the genre.

“With the Bill Monroe Homeplace in Rosine and the recently opened Hall of Fame here in Owensboro, the region is rich in bluegrass heritage,” she said. “ROMP Music Festival, also held in Owensboro, is one of the largest bluegrass festivals in the state.”

Malik is hoping for a good crowd Saturday.

“We really think folks from all around Owensboro will enjoy this in-depth look at music that’s so important to Kentucky,” she said.

While the event is free, KET is asking those interested in attending to register at KET.org/events. Tickets are still available.

The film’s website, which includes a trailer for the documentary, can be viewed here.