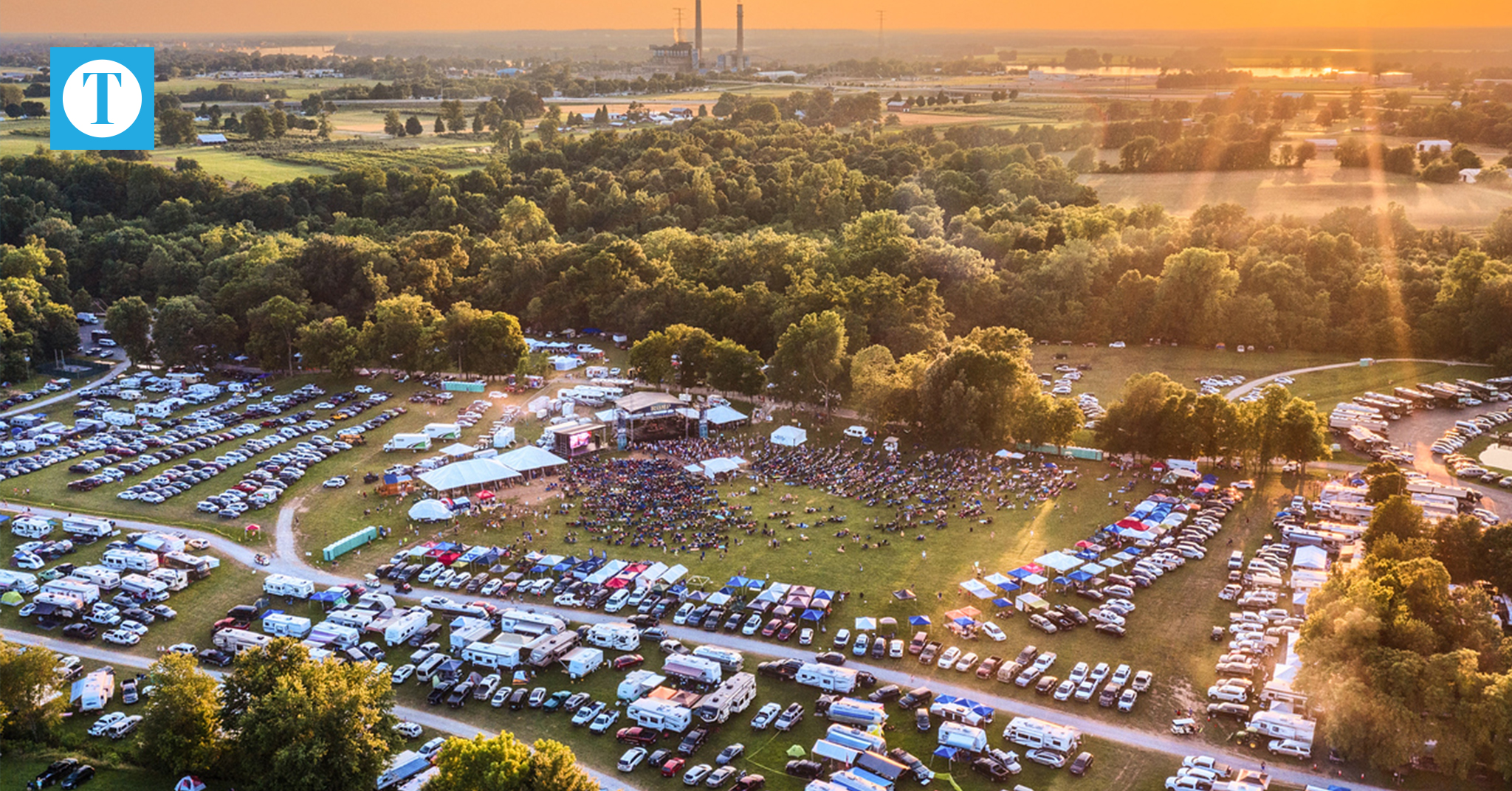 According to Hall of Fame Marketing Director Carly Smith, that total is down slightly from last year, but still more than the 2017 festival.

“The biggest trend we noticed this year was larger crowds spread throughout the festival,” Smith said.

Of the four days, Saturday’s attendance was the highest, the Hall of Fame said, with over 9,500 people filling the festival grounds. Over 2,300 chose to camp on-site throughout the festival, with 325 RVs lining the Yellow Creek Park field.

“ROMP Fest is all about the experience, and that was so evident as I watched this year’s event unfold,” said Hall of Fame Executive Director Chris Joslin. “Ticket holders often pick and choose which days to attend based on the lineup, but this year we experienced large crowds every day of the festival.”

The Hall of Fame held more activities like artist meet and greets and documentaries at their new downtown Owensboro location. Visit Owensboro made the Owensboro trolley available for free transportation and O.Z. Tyler Distillery ran shuttles to their campus for bourbon tours. A simulcast of Saturday’s performances was shown at the Hall of Fame, allowing ROMP fans the opportunity to view the performances in the comfort of the theatre.

“There are just so many things to do during the event, and that keeps more people engaged throughout all four days,” Joslin said. “We are definitely in the sweet spot with regard to attendance creating a lot of momentum while maintaining the quality of the event.”

“I think that Kentucky is one of the most musical states in the country, and what I love about Kentucky and Kentuckians, Kentuckians take care of their own,” he said. “I think ROMP is an integral part of the Kentucky music scene as a whole. Both seem to be in a position to explode.”

Festival attendees made the trek to ROMP and the Hall of Fame from 40 states and six countries outside of the United States, including Australia, Canada, France, Germany, Israel and Uganda.

One ROMP artist even traveled from across the globe to play at the Owensboro festival.

The Irish band, JigJam, made their ROMP debut on Saturday and said the festival was a “dream come true” to play Irish bluegrass in the state where the genre originated.

“It’s a bit scary in a way, to be here in the home of bluegrass,” band member Jamie McKeogh said. “But it’s great to be the Irish representative here this weekend.”

ROMP is a community event, supported by over two hundred volunteers, sixty sponsors and countless partnerships, Smith said. Dates for ROMP 2020 have been set for June 24-27. More details regarding next year’s festival will be released this fall.