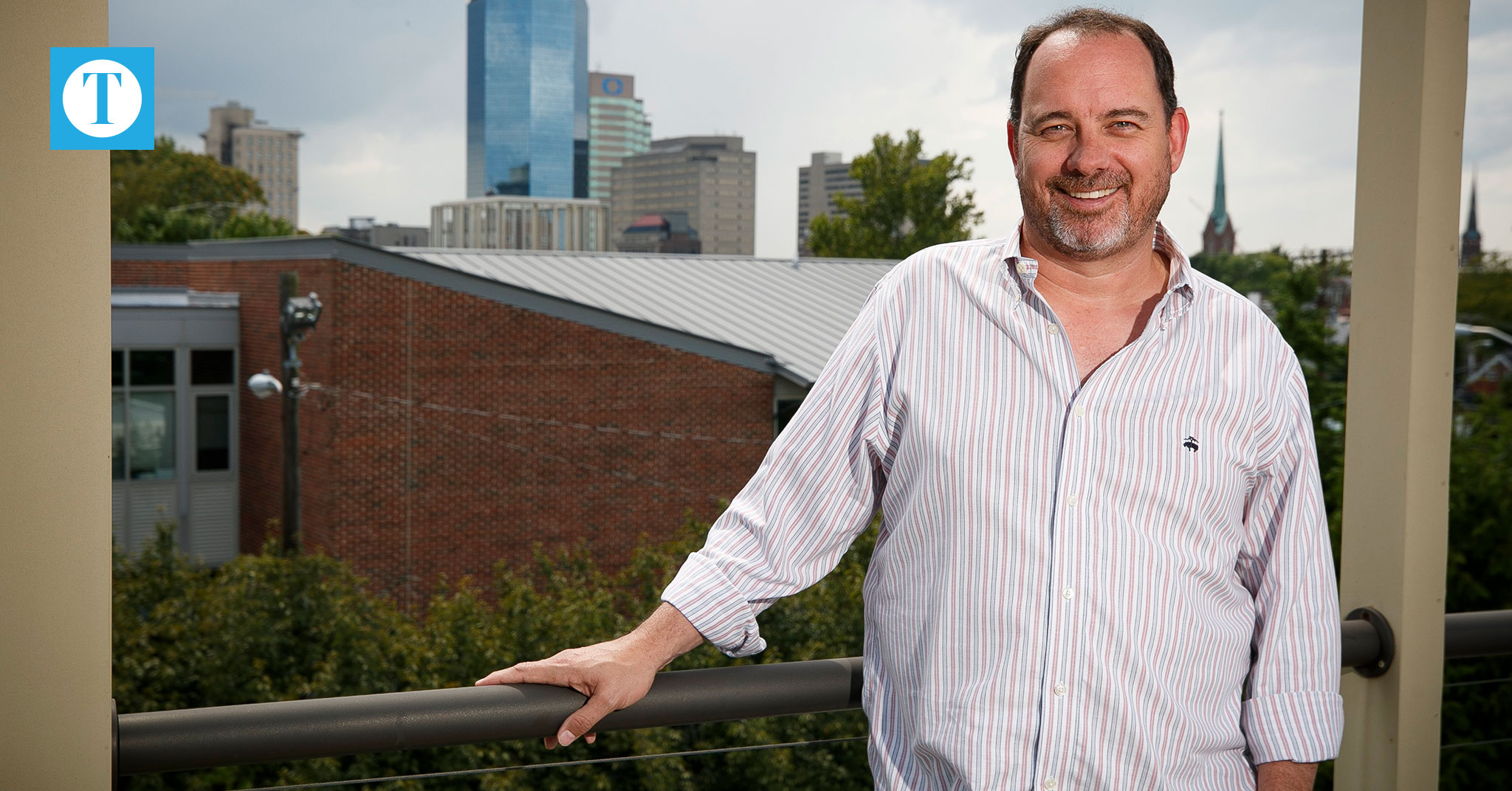 This past weekend, 25,000 fans gathered on the “hallowed” grounds at Keeneland to experience the inaugural Railbird Festival, co-produced by Owensboro native, David Helmers. | Photo by Alex Slitz, courtesy of the Herald-Leader

Helmers, a Lexington lawyer-turned-business consultant, hoped for a large crowd, but reported that the turnout exceeded expectations.

“We felt like the festival was a huge success,” he said. “The fan support was fantastic. We had over 25,000 the entire weekend, with over 15,000 in attendance per day. It was a great turnout, particularly for a first year event. We really set the bar high for having a unique festival experience in Lexington.”

This unique festival experience was due, in part, to Railbird’s star-studded lineup. Hozier, Brandi Carlile, Mavis Staples, The Raconteurs, and Kentucky-bred songwriter Tyler Childers headlined the festival. Acts of such caliber rarely perform in Kentucky, catapulting Railbird into the ranks of larger, more established festivals, such as Forecastle and Bonnaroo. What truly sets Railbird apart, however, is its commitment to showcasing Kentucky’s world-renowned equine and bourbon culture.

“The idea was to have an A-list festival with great talent right here in central Kentucky and then marry that with our location,” Helmers said. “We have a fantastic partner in Keeneland, which is an iconic, historic site with a great tradition of hospitality.”

With that as a foundation, Helmers said his team was able showcase what Kentucky is all about.

“Whether that’s horses and horse racing, bourbon, craft beer, or food — everything we did we wanted to be a reflection of Kentucky and what makes this state so great,” he said.

Over two days, Railbird delivered Kentucky culture to patrons from 49 states, the District of Columbia, and numerous foreign countries, making Helmers successful in his goal.

“The idea was to celebrate Kentucky and really share that with all those in attendance,” he said. “One third of our patrons were from outside of Kentucky so we had a lot of people who had never been to Kentucky, never been to Keeneland, never bet on horse racing, and never tried bourbon, all coming here for a weekend to get a full taste of what Kentucky is all about, which is a home run for us.”

Helmers himself is a product of the rich Kentucky tradition he seeks to share with attendees. As a Lexington resident and Owensboro native, Helmers’ own Kentucky heritage informs his infectious state pride.

Helmers’ parents and both sets of grandparents are natives of the Owensboro area. Helmers shared that his mother is a Kirkpatrick, adding that his uncle is Kirk Kirkpatrick, of Friday After 5 fame. After Helmers’ father finished his JAG duties in Italy, the Helmers family returned to the Owensboro area when David was two. Helmers spent his childhood in Owensboro and graduated from Apollo High School as a member of the Class of 1986. Upon graduation, he relocated to Lexington for school, where he has lived for the last 25 years, though he still takes great pride in his hometown.

Even as a long-time Lexington resident, Helmers continues to call Owensboro his home.

“I have a lot of Owensboro connections to this day,” he said. “I keep in contact with my Owensboro friends and saw a lot of them at the festival this weekend. I still like to come home and have some Moonlite Barbecue and Old Hickory. I’m proud of Owensboro and to be from Owensboro. Owensboro will always be home to me.”