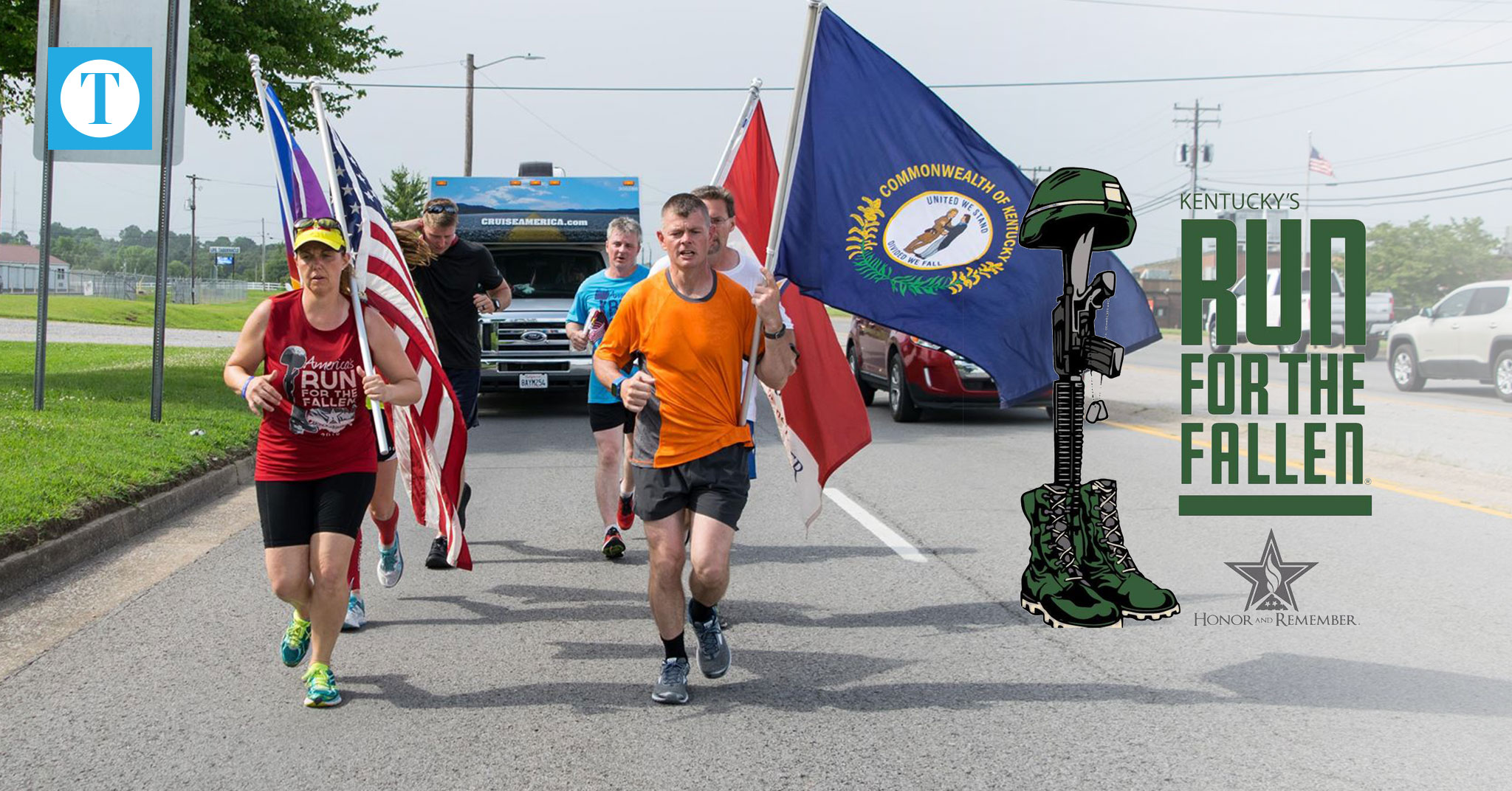 The third annual Kentucky Run for the Fallen will take place Sept. 17-19, honoring each service member across the state who sacrificed their life serving in Operation Iraqi Freedom, Enduring Freedom and New Dawn.

The event is hosted by Honor and Remember Inc. and will include a team of active-duty soldiers from bases in Kentucky, other parts of the United States, and Canada who will trek 109 miles to honor those who lost their lives in service.

This year’s event will begin at Owensboro’s Charles E. Shelton Memorial located at Smothers Park at 7 a.m. It will end in Hopkinsville at the Veterans Cemetery West two days later.

According to Laura Sutton, National Public Relations Manager for Support Our Military — Honor and Remember our Fallen, this run serves as a “donation-driven event to honor and remember those who paid the ultimate sacrifice for our freedom in this nation.”

“In Kentucky, we honor hundreds of fallen heroes on the run, calling out their names as families of the fallen wait at their Hero marker,” Sutton said.

The runners will make a stop at each hero marker, which will include each military member’s name, rank, date of death and branch of service.

Sutton said there have been dozens of participants who’ve participated in Run for the Fallen over the years.

This year’s route will be the same as years past, Sutton said. Starting in Owensboro, the trek will then continue through Rome, Calhoun, Rumsey, Sacramento, Bremen, Central City, Powderly, Greenville, White Plains, Nortonville, Crofton and Hopkinsville.

Home » Entertainment » Events » 109-mile Run for the Fallen event to start in Owensboro on Sept. 17