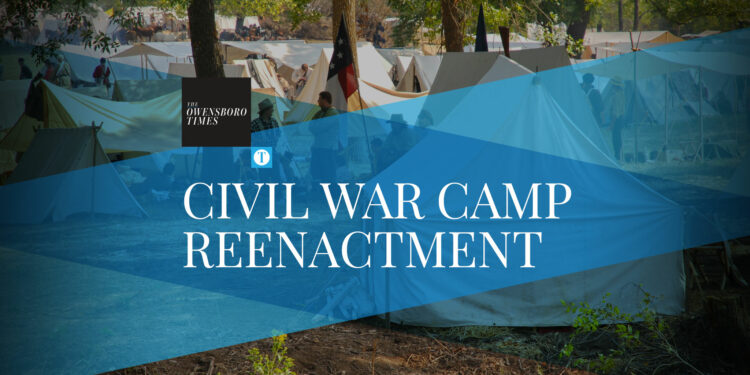 Daviess County Public Library’s Kentucky Room is bringing a reenactment of a Civil War camp this April, and Kentucky Room Manager Savannah Warren said that it’s important for all people to learn from history.

Warren said the library had a small version on the reading lawn last year, and that sparked the interest of some reenactors that wanted to come and put on a larger display. This year’s event will be at Yellow Creek on April 30, from 12-4 p.m.

The scene will be a campground showcasing what life was like for soldiers in the Civil War.

“We wanted to show people the everyday life of a soldier, and there will be some people wandering around. We’re going to have a photographer doing photos and there will be a guy who will give a presentation as Gov. Buckner,” Warren said.

Warren believes that all aspects of history are important for people to learn and see. While she and the Kentucky Room know how to help with research and other things, she noted that the reenactors also play a large part in putting this together.

There are plans to have some presenters and some food trucks on the grounds as well.

“I think it’s really neat,” Warren said. “A lot of people nowadays don’t know anything about what it would take to put a camp together.”