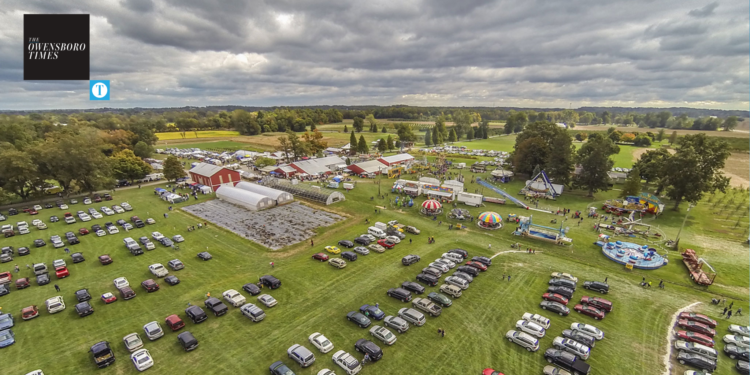 The Apple Festival scheduled for Oct. 22-23 will be held at Reid’s Orchard for the last time year. But the annual festival isn’t going away, as the event will be moving to the Daviess County Lions Club Fairgrounds starting in 2023.

Billy and Kathy Reid said they have been talking for the last few years about trying to hand off the festival to another group, and they found the perfect fit in allowing the Daviess County Lions Club to take over.

“We’ve been thinking about trying to downsize the Apple Festival or just do away with it,” Billy Reid said. “I know Joan Hayden who works at the fairgrounds on the board. I knew the last couple of years they’ve had to cancel the Lions Club Fair … and they needed fundraisers. I said this is a golden opportunity and there’s not that much expense in it. It’s just easy for us to transfer it to them and help them get going and have a festival out there.”

Hayden, secretary for the Lions Club Fair board, said the Lions Club is excited for the opportunity and plans to keep everything the same, though she thinks they may be able to provide some extra benefits at the fairgrounds (6191 KY 54 in Philpot).

“We don’t want to change anything because it’s been such a successful festival for so many years,” Hayden said. “But we have a lot more that we think we can offer, like having several buildings under a roof, so a lot of those vendors we can put inside and they don’t have to worry about rain or wind or anything else.”

The Reids said the festival had grown so large, planning the event was starting to interfere with other plans at the farm.

Billy said with so many people wanting to be outside in the fall, the Reids really wanted to use September and October to host other events. They also want to put some new buildings in the space that has been dedicated to hosting the festival.

Billy and Kathy also said they were getting older, and their kids were all going in their own directions. And while they still have a lot of help, Billy said many of the volunteers were also getting older and there weren’t quite as many as there once was.

So when the opportunity came to let the Lions Club take the reins, the Reids knew it was time.

“They also have experience with the fair, so they know about the crowd, they have parking, and there will be a group that can handle it just fine,” Kathy Reid said. “We were tickled that they wanted it because it’s a fundraiser for the community in so many different areas that we hated to just let it go. That’s probably what’s held us on to it for quite a while, thinking about all the people it helps in the community too.”

Hayden said the Lions Club plans to keep that community-first focus when they host the event.

“Our only big fundraiser we have is our fair. We haven’t had it for the last two years but we are having it this year,” Hayden said. “But with this coming next year too, that will help us raise more funds for our charity organizations that we give to.”

The Reids first hosted the festival in 1986. Kathy said there was “no way” they could have envisioned what the event would become.

“The first year we had it, there were about 3,000 people or less that weekend,” she said. “At one point in time, Billy and I were kind of standing in the middle of it going ‘look at all these people on our farm.’ We thought that was just amazing.”

Last year, the festival drew a crowd estimated at more than 20,000 people. It also features about 100 craft booths in addition to dozens of food booths and carnival rides.

“We’re just thankful and amazed at the crowds that it draws,” Kathy said. “We’ve enjoyed doing it and are glad to see everybody. It’s been a great ride.”

Billy added, “It’s been a great thing for us, but we’re ready to pass it on.”