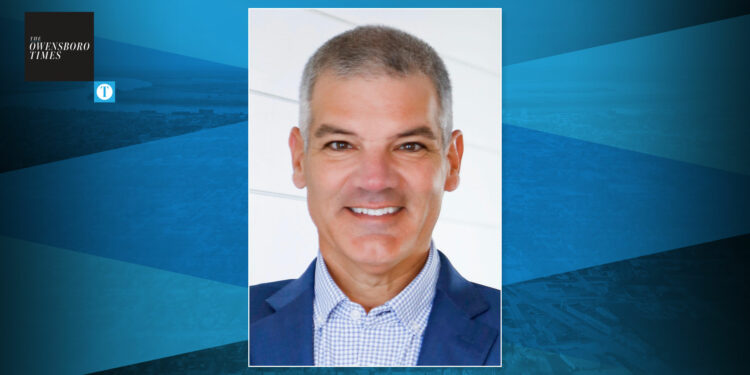 Owensboro native Jeff Berry, recognized by Forbes as one of the world’s most powerful sports agents, will be the featured guest at Thursday’s Rooster Booster event.

The program begins at 7:30 a.m. at the Owensboro Convention Center (501 West Second Street) and is sponsored by Visit Owensboro. Register to attend here or call the Chamber office at 270-926-1860.

Berry has been a Major League Baseball player agent and attorney since 1998. He started his career with the famed Hendricks Brothers before moving on to IMG in 1999 and then eventually to CAA, where in 2006 he was one of the original employees of the newly formed CAA Sports.

As the long time Co-Head of CAA Baseball, Berry has led tremendous growth and success in the baseball division. Since its inception in 2006, CAA Baseball has negotiated more than $3 billion in multi-year player contracts and advised 56 first-round picks. In 2021, CAA Baseball represented 10 MLB All-Stars and over the last 16+ years the client list has included four MVPs, five Cy Young winners and seven Rookies of the Year.

Berry has been repeatedly recognized by Forbes Magazine as one of the World’s Most Powerful Sports Agents and is known as a fierce advocate for players. Berry’s advocacy has sparked two major rule changes, protecting catchers from home-plate collisions (The Buster Posey Rule) and making it possible for players to be traded soon after being drafted (The Trea Turner Rule). He has also been outspoken on various labor issues, the amateur draft and salary arbitration.

The son of Owensboro natives David and Jeanie Berry, Jeff attended Blessed Mother School through the 8th grade and played baseball at Eastern Little League where his dad was the coach.

Berry was recently appointed to serve on the board of directors of the V Foundation for Cancer Research. Founded by ESPN and legendary basketball coach Jim Valvano, the V Foundation funds game-changing research and all-star scientists with one goal in mind: to achieve Victory over Cancer.