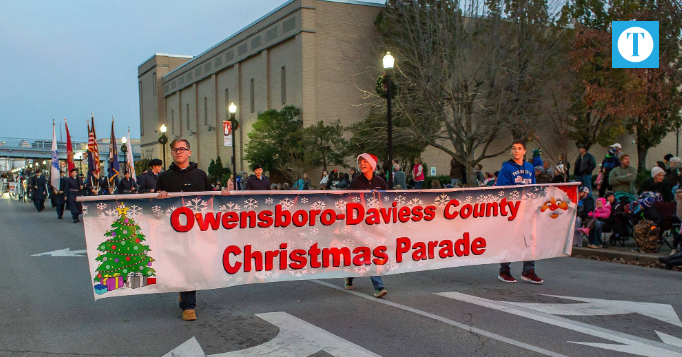 The Owensboro-Daviess County Christmas Parade is scheduled to return in its full traditional form at 4:30 p.m. on Nov. 19. Heather Blackburn, a member of the parade board, anticipates that the return to the old format will “bring people back to build floats and be a part of a tradition that we’ve had for decades.”

After the COVID-19 outbreak in March 2020, parade officials decided it would be the safest option to cancel the event and hoped things would be better the next year. With the pandemic still ongoing in November 2021, officials decided to try a “static” version of the parade — where floats and performing groups would stand still while community members would walk by. However, that option was ultimately canceled due to a lack of excitement and engagement with the idea.

“We wanted to make sure it was safe when COVID was clearly a concern, but the static parade just didn’t generate the interest or the enthusiasm we hoped for,” Blackburn said. “However, there’s really no reason to not return back to the typical moving parade we’ve had for years past.”

The group of volunteers who put together “The People’s Christmas Parade” last year agree that there is no reason for this year’s traditional parade to be any different than it was before COVID, so the community group does not plan to host their own event.

“I think the majority of us who threw the Christmas Parade last year had not really planned on doing a sequel,” said Erich Stranger, one of the main faces behind last year’s parade. “We were hoping that the people who usually do it would be back at it.”

To make this year’s event something really special, the ODC Christmas Parade committee needs plenty of volunteers, as there is much to be done in preparation. Blackburn said she hopes to reach out to those who put together last year’s parade for help and would love any other volunteers she could get.

“If we want this event to be big and spectacular, we need to get more people on board to help with getting these kinds of things put together,” Blackburn said. “I don’t think people understand that this is a completely volunteer-driven event. This is not something the city puts on, and I know a lot of people didn’t understand until last year that this parade requires the community to come together.”

The float registration process will begin in August. To keep up with the board’s plans for the event, like the organization’s Facebook Page.