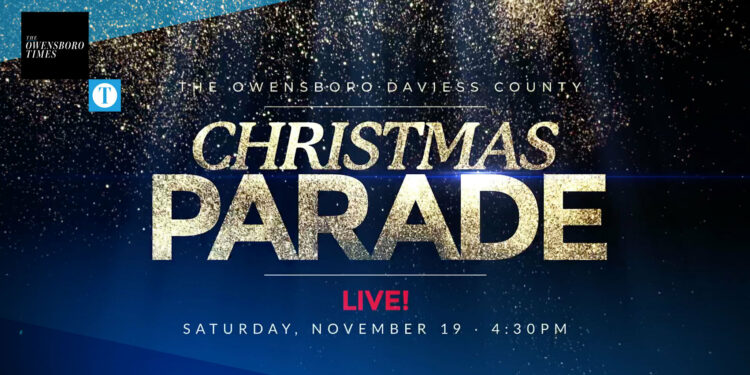 The Owensboro-Daviess County Christmas Parade returns at 4:30 p.m. this Saturday. Here’s everything you need to know — from our live stream complete with commentators, to the parade route and full lineup, to how to bring and deliver letters to Santa, and more.

The entire parade will be broadcast live on the Owensboro Times Facebook Page and on this page. The stream will begin just before the parade kicks off at 4:30 p.m.

Parade route
The entire parade will be held on 2nd Street, so viewers can pick a spot on either sidewalk to catch all the action. The parade begins at Pearl Street and will head west before ending at Locust Street.

Please note that no fire pits or outside heating sources are allowed along the parade route. This is also a non-smoking, family-friendly event.

Porter has been a member of the Kentucky Bar Association for 40 years; helped implement many programs including Mental Health Court, Juvenile Drug Court, and the Domestic Violence Prevention Program; taught economics and business law at Brescia University, Kentucky Wesleyan University, and Owensboro Community & Technical College; and has served on several community boards.

Porter is married to Karen Miller Porter. He has a daughter and son-in-law, Rachel and Matt Adams, in Nashville, along with their two children Porter and Lila. He also has a son, David Porter, who lives in Louisville. His family includes a bonus daughter Siebe and Brandon Heath, in Nashville, with their daughters Palmer and Ellison, and a bonus son K.C. Daniel and his two girls Mya and Chloe in Florida.

Dr. H. Andrew Ward will be the honorary grand marshal. Ward graduated from Brescia University in 1962 before he entered the officer training program for the United States Air Force. After serving his active duty, Ward returned to Owensboro where he obtained a teaching position at Foust Junior High and later at Thomas Jefferson High School in Louisville.

Ward enrolled in the Indiana University College of Optometry in 1970 and graduated 1973. He then returned to his hometown of Owensboro where he started his family optometry practice with his wife Jeannette. Additionally, he joined the United States Air Force Reserves where he served as Liaison Officer to the United States Air Force Academy and Air Force ROTC. He proudly served in this capacity until his retirement from the Air Force Reserves with the rank of Lieutenant Colonel.

Lila and Ollie Adams will serve as official parade starters. Along with Kirk Kirkpatrick, they will kick-off the parade at 4:30 p.m. at the corner of 2nd and Pearl Street.

Lila and Ollie are the youngest children of Murray and Tricia Adams, and grandchildren of Dr. H. Andrew and Jeanette Ward.

Did you know you can bring your letters to Santa at the Christmas parade? Santa’s helpers collect hundreds of letters from the kids and delivers them to the jolly man himself. You can download a Letter to Santa here or write your own.

Letters will be collected by Owensboro Health volunteers at the end of the parade. OH is serving as the sponsor for the Santa float.

Parade lineup
The list below details the tentative order that floats will appear. Those assigned the number “0” will be assigned a spot on parade day, somewhere in the middle of the lineup. Participants and the order are subject to change.