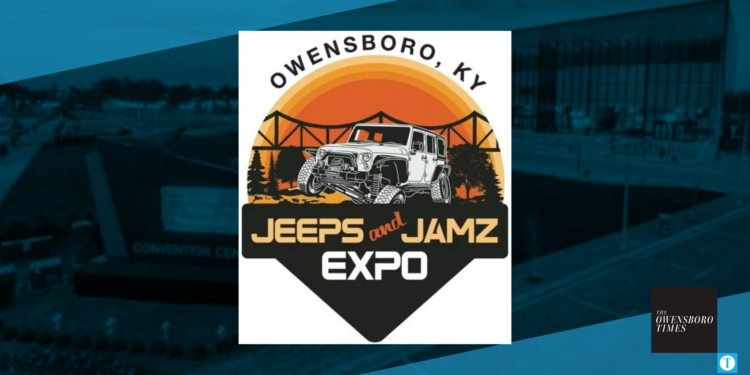 Kimberly Cobb and the Owensboro Offroad Jeepers realized that there wasn’t a Jeep convention for the Midwest, so with the help of Visit Owensboro they’re planning to bring one to Owensboro.

The event is scheduled for May 18-20, and organizers hope to give traveling jeepers a unique convention while also showcasing what Owensboro has to offer.

“Really the closest thing for Jeepers in this area to go to is a big event in the Smoky Mountains, and there’s an event in Panama City Beach … There’s just really not a whole lot for people in St. Louis, Ohio, Illinois,” Cobb said.

The weekend is tentatively set to kick off with dinner at Ernesto’s Mexican Restaurant followed by a karaoke party at The Frozen Lounge. The expo will start Friday morning and end Saturday evening.

Organizers hope to break the record for the largest Jeep convoy; Friday After 5 Executive Director Fran Marseille said she made a few calls to the Guinness Book of World Records about the feat.

“I told Guinness ‘We are working hard to bring tourism back’ and this event shows the world that Owensboro is a great place to travel to,” Marseille said.

The weekend also coincides with the opening weekend of Friday After 5’s 2023 season. Visit Owensboro President and CEO Mark Calitri said that was purposeful so they can utilize the different events and locations in the city to make the expo run efficiently and be an attractive destination.

“We’re modeling after several other major Jeep events, and so when you combine this event utilizing the Convention Center and Friday After 5, it gives these Jeepers an entire weekend of activity, which we think will be really valuable,” Calitri said.

Cobb said the weather and time of year will be perfect for Jeepers to come out, as many will be waiting to take their top down and cruise around town.

She hopes the event can give Owensboro a new claim to fame.

“I would really like — even though Owensboro is already on the map for barbecue, bourbon and bluegrass — I would kind of like to put us on the map for Jeepers,” she said. “When you can put something together that brings people together over a common interest and you make new friends, new family, new connections all over the area, that’s a big thing. I want to be able to bring people together because at the end of the day in this world, all we have is each other.”