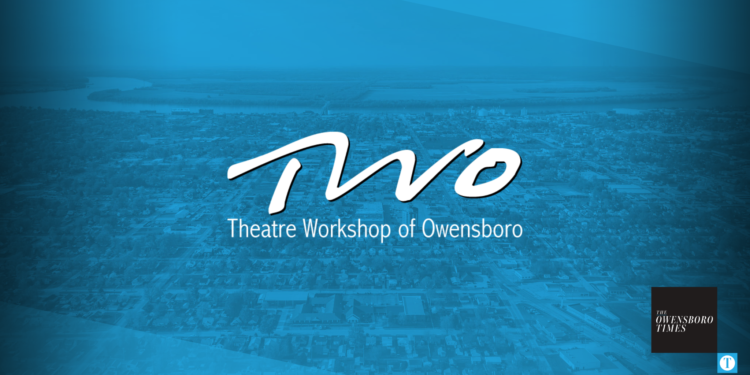 Theatre Workshop of Owensboro used the pandemic to make some changes within its program and physical building space, and Executive Director Todd Reynolds said they are as committed to TWO’s mission as before. They have several upcoming productions featuring actors of all ages and performance that can appeal to all audiences.

Introducing more of the community to TWO productions through outdoor productions has benefitted audiences and actors alike. A free, youth production of the musical You’re a Good Man, Charlie Brown was performed at various locations last summer, and this summer a Fairy Tale Trail will be held at the Jim Lambert Pioneer Village on May 7 and 8.

Actors will perform a 5-minute monologue as audiences follow a guided tour through the village.

“At several points along the way, these characters from fairy-tale legend step forth and tell their own stories,” Reynolds said.

TWO has also begun the Trinity Radio Players, a group that performs radio theatre and is broadcast by WKWC radio and is available on YouTube and TWO’s Facebook Page.

Reynolds said that TWO discussed the radio program for several years and with the pandemic, it seemed like a great time to launch it.

“We’ve developed new events which we felt could be safely produced in difficult times,” he said.

With several spring offerings from the nonprofit, Reynolds said there are ample opportunities for people to join in — onstage, backstage, or in front of the house.

Their first cabaret performance to be held live in many months was held April 12. This long-running program is held on the second Tuesday of each month and no reservations are required. Tickets are $5 at the door and each show boasts a different lineup of local singing and musical talent.

April 22 is the season finale, Silent Sky. The show celebrates the contributions of women to science. Tickets are on sale now and the performance is at the Empress Theatre.

A free, community event will be held at the Jim Lambert Pioneer Village on April 23 and will be the first time TWO has held such an event. Titled “Thanks TWO You” Hootenanny, the event will offer free food from Queen B’s Cuisine, goodie bags for kids, music, games, face painting, and script reading.

“It is a two-part serial dramatizing the real events surrounding the first murder trial that took place in Daviess County. And the first defendant in that trial? One William Smothers – of Smothers Park fame,” Reynolds said.

TWO will soon announce auditions for its Youth Summer Musical Little Shop of Horrors, along with dates for its Youth Drama Camps and a workshop series for all ages that includes puppetry, theatrical lighting, Foley sound effects, special effects makeup, and more.

It will also be announcing the six one-act plays from the submissions for this year’s Summer Shorts Original One Act Play Festival.

Information about any of these performances, including ticket information, can be found by calling the box office at 270-683-5333 or visiting their website or Facebook Page.